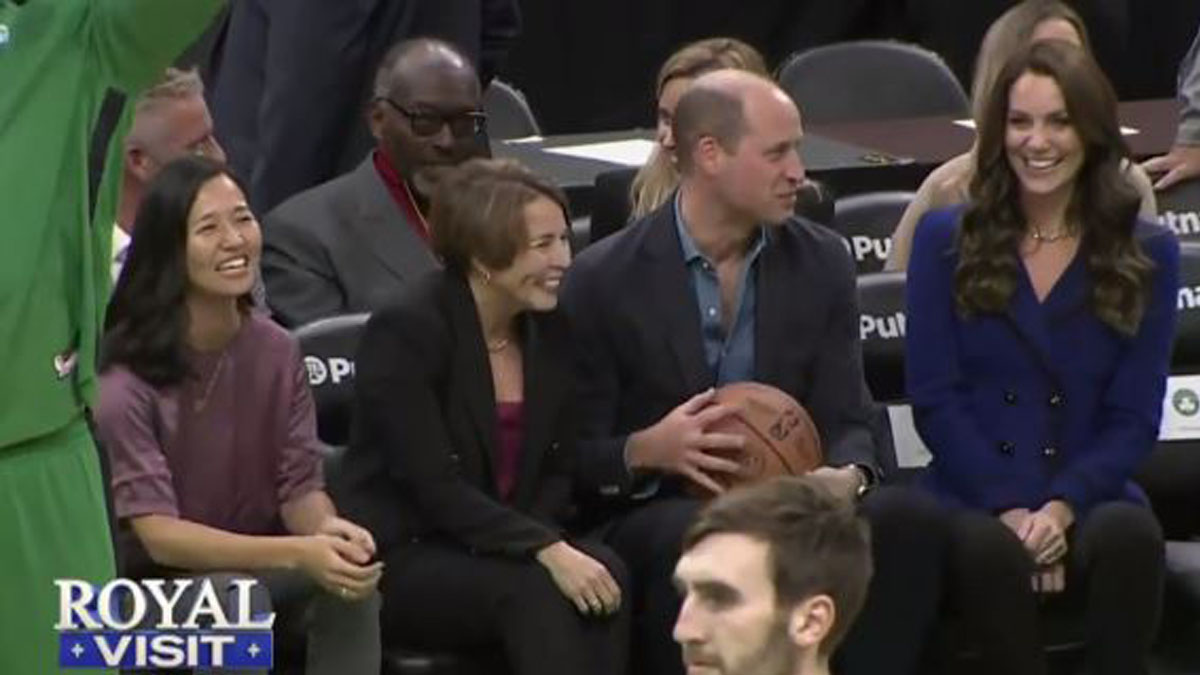 Some fans waiting in line to enter Wednesday night’s Boston Celtics game at TD Garden were delighted to learn they would be sharing the stadium with the Prince and Princess of Wales, who attended the game as part of their three-day visit to the city.

William and Kate could be seen sitting courtside with Gov.-elect Maura Healey and Boston Mayor Michelle Wu after being brought to the stadium by a full police escort.

A photo for the royal couple’s Twitter account said they were rooting for the Cs over the Miami Heat.