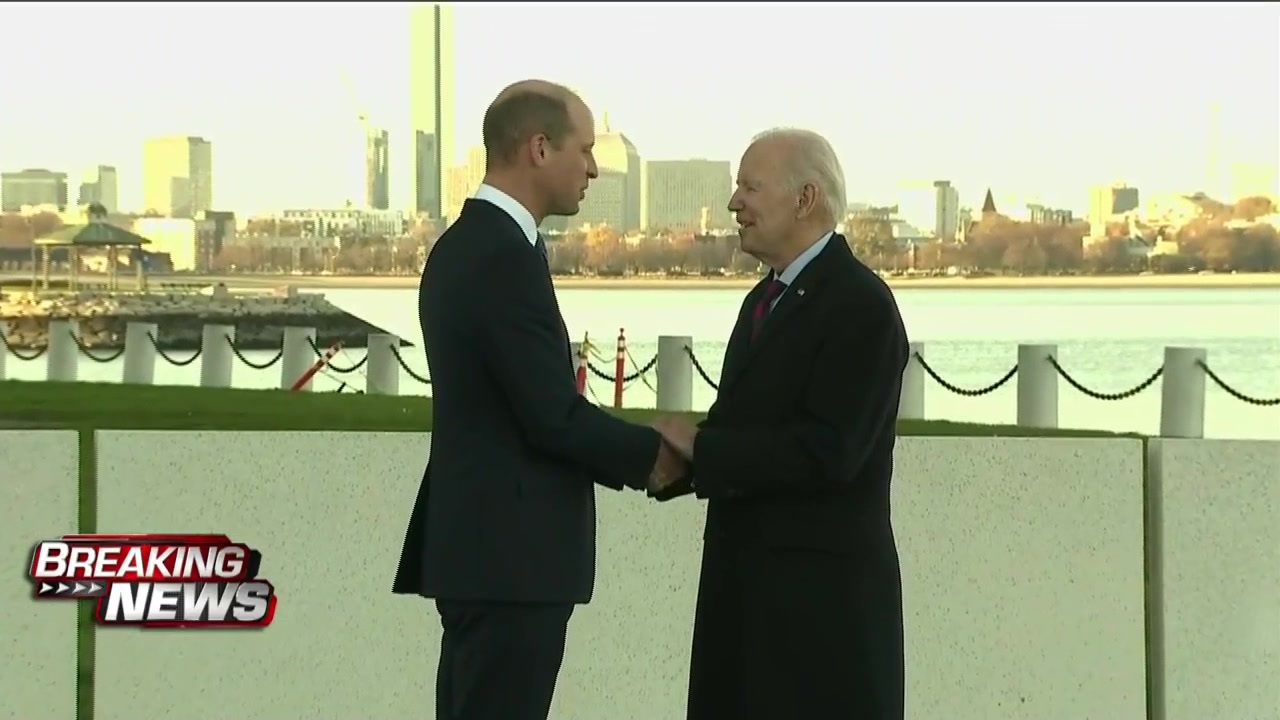 (CNN) — President Joe Biden is meeting with the Prince of Wales in Boston on Friday, greeting him at the John F. Kennedy Presidential Library and Museum before attending a Democratic fundraiser.

“Good to see you again!” Biden said as he met the prince outside the library.

The Prince and Princess of Wales are in Boston for the second annual Earthshot Prize Awards Ceremony, an ambitious initiative founded by Prince William to help tackle some of the planet’s most pressing environmental challenges, which is scheduled for Friday. The heir to the British throne was inspired to launch the project by Kennedy’s “moonshot” speech in 1962 when he tasked the United States to push forward with space exploration.

Biden was last at the Boston library in September, where he delivered remarks on his administration’s cancer moonshot program.

“We expect that they will discuss their shared climate goals, prioritization of mental health issues and decreasing the burden of the disease,” White House press secretary Karine Jean-Pierre said aboard Air Force One en route to Boston ahead of the meeting.

The Bidens have met with the British royals on a number of occasions, including recently attending Queen Elizabeth II’s London funeral this past September.

The royals’ three-day visit to Boston marks their first trip to the United States since 2014, when they visited New York. The pair also previously embarked on a whirlwind California tour a few months after their wedding in 2011.

The couple’s trip had been seen by some as an opportunity to reset perceptions in the US after a damaging few years. New seasons of Netflix show “The Crown” have revived old criticisms of the monarchy, while the Duke and Duchess of Sussex’s 2021 interview with Oprah Winfrey tarnished the family’s reputation, particularly over allegations of racism.

But as the couple flew into the city, controversy erupted back home, after an aide resigned following “unacceptable and deeply regrettable” remarks to a Black executive visiting Buckingham Palace earlier this week.

In Boston, Biden is expected to later participate in a phone bank with the International Brotherhood of Electrical Workers.

The president told reporters on Friday that while in Boston, he will will be helping Georgia Democratic Sen. Raphael Warnock’s runoff campaign by fundraising for the Democratic Senatorial Campaign Committee. A new CNN Poll conducted by SSRS shows Warnock holds a narrow lead over Republican challenger Herschel Walker among those likely to vote in a runoff election Tuesday.

CNN previously reported that Biden was headed to Massachusetts on Friday to headline a fundraiser for the Georgia Senate runoff race. The president is set to appear at the event with Democratic Massachusetts Sens. Elizabeth Warren and Ed Markey.