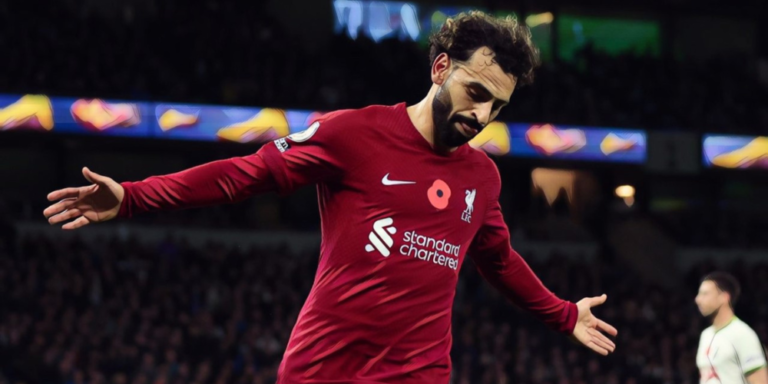 Each week we delve through the Premier League’s weekend action and compile our divisional Team of the Week from the fixtures’ finest performances.

Arsenal underlined their title credentials with a 1-0 win at Chelsea, a result which moved the Gunners back to the top of the table after 10-man Manchester City snatched a stoppage-time victory over Fulham on Saturday.

Elsewhere there was a thriller as Leeds came back to beat Bournemouth, Unai Emery’s reign at Aston Villa began in perfect fashion, and Liverpool won on the road for the first time in the Premier League this season.

Here is The Football Faithful’s Premier League Team of the Week.

Danny Ward is improving with each performance following a difficult start to the season at Leicester, with the goalkeeper producing another impressive performance in the Foxes’ 2-0 win at Everton.

Ward was confident in his command of the area despite strong pressure from the home side, while his distribution was quick and accurate to launch Leicester forward. The Wales international came up big when required, making strong saves from James Tarkowski and Dominic Calvert-Lewin.

Show some love for Danny Ward

It’s now five clean sheets in six games for Ward. Only Ederson, Aaron Ramsdale and Nick Pope now have more in the Premier League this season.

No right-back has been included in our Team of the Week on more occasions than Kieran Trippier this season and the Newcastle defender continued his fine form with a key role in the club’s win at Southampton.

It’s now four consecutive wins for a Magpies side up to third in the table, with Eddie Howe’s team continuing their momentum with a 4-1 victory at St Mary’s. The England international was assured defensively and provided his third assist of the campaign with a brilliant defence-splitting pass in behind for Joe Willock.

Trippier’s threat of accurate ammunition to the forward line has been a major factor behind Newcastle’s strong start. Six wins from the last seven have the Toon Army dreaming.

Saliba’s superb season continued with a brilliant performance in Arsenal’s 1-0 win at Chelsea, as the centre-back covered Gabriel and defended well in one-vs-one situations against an admittedly lacklustre forward line.

The France international won three duels, made three clearances and regained possession on 13 occasions at Stamford Bridge, as Arsenal won on the road at ‘Big Six’ opposition to move back to the top of the division.

The 21-year-old is already developing a reputation as one of the Premier League’s best centre-backs after an outstanding season to date in north London. It is easy to forget that Saliba was still awaiting his Arsenal debut before a ball had been kicked this season.

Another big performance from William Saliba

Ibrahima Konate’s return as been welcomed at Liverpool, with the Frenchman’s reintroduction to the side coinciding with back-to-back wins over Napoli and Tottenham.

Konate was a powerful presence as Liverpool won in north London this weekend, a vital three points for the Reds and a first away win in the Premier League this season.

The 23-year-old was a dominant presence in the air and used his strength and speed to shut down Spurs attacks, with his eight clearances the most a Liverpool player has recorded in the Premier League this season.

Ibrahima Konate made more clearances against Tottenham than any other Liverpool player has in a Premier League game this season (8).

He also won more duels (11), won possession more times (9) and won more aerial duels (7) than any of his teammates.

Konate’s distribution was a little rusty on occasion, but Jurgen Klopp’s backline has looked like a more solid unit with the Frenchman partnering Virgil van Dijk.

Lucas Digne appeared back to his best as Unai Emery’s reign at Aston Villa began with a 3-1 win against Manchester United at a raucous Villa Park.

The left-back has flattered to deceive since arriving at Villa from Everton last winter, but was back in the side this weekend and provided a constant outlet down the left. Digne doubled Villa’s lead as the hosts overwhelmed United in the opening stages, scoring a spectacular free-kick which curled away from David de Gea’s reach.

It was the Frenchman’s first Premier League goal since 2019, when he scored for Everton against the same opposition.

Jacob Ramsey was at the heart of Aston Villa’s win over Manchester United, as the midfielder became just the fourth Premier League player to score, assist and score an own goal in the same fixture.

The academy graduate was at his marauding best as Unai Emery’s tenure began in perfect fashion, powering forward to join the attack at will. Ramsey weighted a perfect pass into Leon Bailey’s path for the opening goal, before sealing the win with an emphatic finish from Ollie Watkins’ centre.

Kevin Davies v Aston Villa, 2008@JacobRamsey28 becomes just the fourth player to score, assist and score an own goal in a #PL match

It was an encouraging performance of box-to-box drive from Ramsey, who could be set for a prominent part in the new manager’s plans.

Morgan Gibbs-White scored his first Nottingham Forest goal in fine fashion this weekend, with the midfielder netting an outstanding individual effort in the 2-2 draw with Brentford.

It was a piece of positive football from the midfielder as he drove forward and showed superb footwork on the edge of the area, in arguably his best performance since arriving from Wolves during the summer.

Forest remain bottom of the division, but will take heart from a clash in which Steve Cooper’s side were unfortunate not to win. Gibbs-White was at the centre of their best moments.

There will be riots in Leicester if James Maddison is not named in England’s squad for the World Cup this month, a midfielder who has been as consistent a performer as any expected to be involved.

It’s now ten goal involvements in 12 league appearances for Maddison this season, who added two assists to his increasing total in Leicester’s 2-0 win at Everton. It was more than just the goals he created, however, his game was one that oozed confidence with some sublime touches and fantastic footwork.

'Hopefully I can force my way into Gareth Southgate's plans!'

James Maddison on his chances of being selected in the England squad for the World Cup. pic.twitter.com/eVWzKVqHck

If Southgate’s selection is truly based on form, as he has always claimed, Maddison warrants a place in Qatar. Only Harry Kane has been involved in more goals among English players in 2022.

Leon Bailey provided the spark as Aston Villa overwhelmed Manchester United at Villa Park. The Jamaica international scored for the second straight home game with an early opener, as he burst away from Lisandro Martinez before firing into the far corner.

Bailey was Villa’s most menacing threat all afternoon, with the winger’s speed and direct approach causing constant problems for the visitor’s backline. The 25-year-old has struggled for consistent performances in the Premier League, but at his best can be Villa’s go-to man for forward inspiration.

The first goal of @UnaiEmery_’s reign.

There’s an encouraging core for Unai Emery to build around at Villa Park.

Brighton appear to have unearthed another gem in Kaouru Mitoma, with the club’s recruitment team having brought in a bargain.

The Japan international scored his first goal for the Seagulls in their 3-2 win at Wolves, a reward for a performance in which Mitoma was a constant source of creativity and threat. Direct and dangerous, his willingness to take on defenders brought positivity to Roberto De Zerbi’s side as Brighton claimed back-to-back Premier League wins.

The first of many in an Albion shirt for @Kaoru_Mitoma!

His goal was an impressive header from Adam Lallana’s floated cross, before another surge saw Nelson Semedo sent off for hauling down the winger. He then set up Brighton’s winner with another positive burst into the box and appears to have found his feet in English football.

Liverpool’s match-winner was back to his best around goal at Spurs, scoring a first-half brace in ruthless fashion. Salah opened the scoring inside 11 minutes with a sharp touch and snap-shot inside the area, before doubling the Reds’ advantage after capitalising on Eric Dier’s mistake.

Dier got his attempted header back to Hugo Lloris horribly wrong, with Salah seizing on the centre-back’s error to race through one-on-one and lift a delicate finish over the goalkeeper.

Mohamed Salah for Liverpool against Tottenham:

It’s now 14 goals in 20 appearances across all competitions for Salah this season, a fine record for a footballer deemed, by some, to be below his best levels to date.

The post Premier League Team of the Week – Matchday 15 first appeared on The Football Faithful.