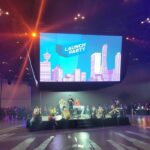 Taking place on November 17, Start Alberta handed out 10 awards for categories ranging from Ecosystem Supporter of the Year to Most Promising Startup Entrepreneur.

While a province-wide awards event, Start Alberta saw a number of winners from Calgary specifically: Calgary-based nanotechnology healthtech startup NanoTess was awarded the A100 One to Watch at Start Alberta, and its co-founder and COO, Julian Mulia Goycoolea, was named the Most Promising Startup Entrepreneur of the Year. NanoTess was also among the Launch Party’s top 10.

Amanda Hall, CEO and founder of Summit Nanotech, took home Woman in Tech of the Year at Start Alberta; Neo Financial was given Tech Deal of the Year for its $185 million CAD Series C round; while Circle Cardiovascular Imaging received the Most Significant Tech Transaction of the Year for its $213 million USD sale to private equity firm Thoma Bravo.

Startup TNT Summit VI hosted its finale on the same day as Start Alberta, with four winners announced across the four cities.

Manitoba’s winner was construction industry labour startup ConstructionClock; Saskatchewan’s winner was Offstreet, which works on digital parking permits; Nimble Science was named the winner in Calgary with its tech focused on decoding the microbiome of the small intestine; and in Edmonton, biotech startup 48Hour Discovery, took home the top prize.

This year marked the in-person return of Innovation Week YYC, with various events hosted throughout the city. For the past two years, the event and Launch Party have been mainly virtual due to the COVID-19 pandemic.

Launch Party was hosted by Platform Calgary, and gave the top ten companies a chance to pitch investors and the larger innovation community.

Companies are nominated by the community members and selected by a committee of three Launch Party alumni founders. To be selected, companies must be in operation for less than three years, be revenue positive, and demonstrate potential for growth, amongst other criteria.

Past recent winners include 10Adventures, SOS WebAR, Flurotech, and Helm. The winners receive thousands of dollars worth of in-kind resources and services.

Overall, more than 150 companies have been highlighted at Launch Party since 2010, including SkipTheDishes, StellarAlgo, and Virtual Gurus.

Speaking with BetaKit, Alberta Minister of Technology and Innovation Nate Glubish, who was recently given the province’s innovation agenda, emphasized wanting to work more closely with groups like Platform Calgary and Startup TNT. He discussed wanting to encourage his department officials to attend the regular Startup TNT pitch nights, and events at places like Innovate Edmonton and CDL Rockies.

“I want my department officials to catch that excitement and that enthusiasm,” Glubish said, noting that he hopes increased connections will leads to potential procurement opportunities for local startups.

an invoicing platform for small and medium businesses.

a social enterprise tackling high rates of amputations with an advanced wound dressing for the management of chronic wounds.

digitizes service delivery by allowing people to join a line using their mobile device or an on-site kiosk and get text notifications about their wait time and other pertinent information related to the service.

specializes in mining and manufacturing equipment for Bitcoin data centers.

creates employer benefit solutions with the aim of making it easy for organizations to manage, administer, and record employer-assisted debt relief programs for employees.