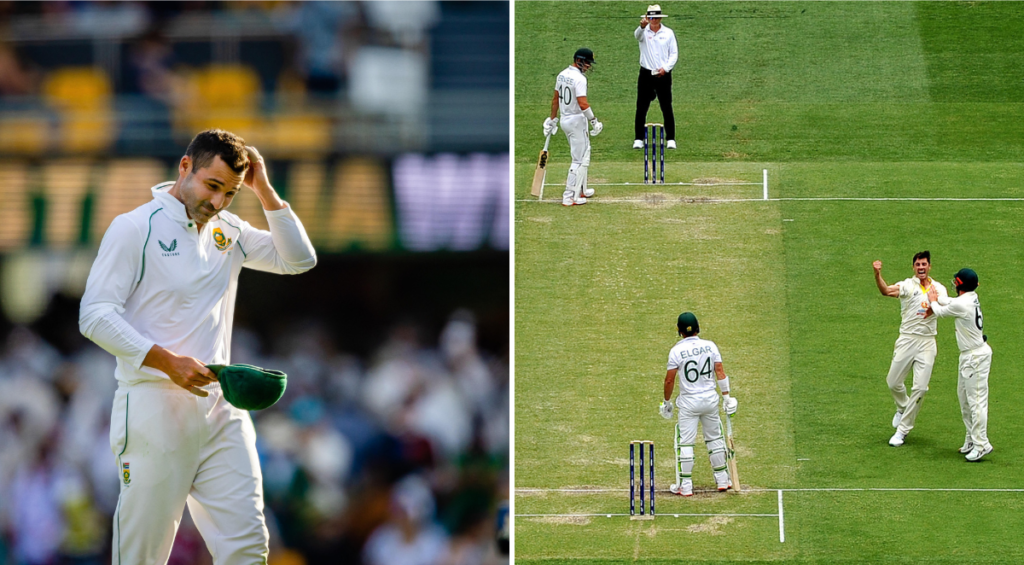 The pitch used for the first Australia-South Africa Test at the Gabba has come in for significant criticism from all sides with ball dominating bat and leading to a two-day finish.

The Proteas struggled even more significantly in their second effort, with Pat Cummins’ 5-42 reducing them to 99 all out. Even chasing 34, Australia lost four wickets, with no batter making it to double figures and 19 from extras the top score. Throughout the Test seam movement helped account for batters’ wickets, with CricViz data also highlighting the inconsistent bounce at play.

However, as often the way with 'extreme' pitches, it's the multiple threats which cause chaos. Our PitchViz model, which uses ball-tracking data from the venue, suggests the bounce in this Gabba contest is the fifth most inconsistent for any Test in Australia since 2006. #AUSvSA

The Test was the second-shortest completed game since the Second World War, just behind the India-England two-day Test at Ahmedabad in 2021.

“You’ve got to ask yourself the question, ‘Is that a good advertisement for our format?’” Elgar said. “34 wickets in two days, a pretty one-sided affair I would say. I don’t think it was a very good wicket. We want to see the game go to four or five days.

“The nature of how it started to play, with some seriously steep bounce with the old ball, you’re on a hiding to nothing as a batting unit. Only three batsmen applied themselves half decently and scored runs. I don’t think that was a very good Test wicket. If you were a bowler you were licking your lips. Challenging for the batters, no doubt, which is okay if there’s a good contest between bat and ball but obviously on the flip side, I don’t see it as a fair contest.

“That’s probably the most challenging wicket I’ve seen in Australia,” said Smith, “in terms of seam, up and down bounce, a bit of everything really, spin, some of the stuff that Gazza [Nathan Lyon] got out of the wicket in the first innings was very interesting, so very challenging for us batters from both sides, in particular with two quality pace attacks, so fingers crossed the wicket is a little bit better in Melbourne.”

Elgar went further, suggesting the pitch might have been unsafe. “I did ask the umpires,” he said. “When ‘KG’ [Kagiso Rabada] got Head out down leg, I said, ‘How long does it go on for before it potentially is unsafe?’ Then Nortje was bowling those short ones that were flying over our heads. I know the game was dead and buried. It was never to change or put a halt to the game, but that was where the umpires’ discretion comes into play; not us as players.

Elgar says he did not get an answer from the umpires on the safety or otherwise of the conditions. “There were only a handful of runs left [to get] at that stage, so maybe they thought I was just trying to take the mickey. But it’s not a bad reference point going forward to get a reply. I don’t see it changing anything, but there wasn’t a reply.”

The Gabba pitch is likely to be in line for a sanction from the ICC. It will be rated at best ‘below average’ if it is deemed to have shown “more than occasional seam movement, or occasional variable (but not excessive or dangerous) bounce and/or occasional variable carry”, according to the ICC’s outfield and pitch monitoring process.

A pitch can be rated ‘poor’ if: “it does not allow an even contest between bat and ball…by favouring the bowlers too much (seam or spin), and not giving the batters from either team the opportunity to make runs. If any of the following criteria apply, a pitch may be rated ‘poor’: The pitch offers excessive seam movement at any stage of the match; The pitch displays excessive unevenness of bounce for any bowler at any stage of the match; The pitch offers excessive assistance to spin bowlers, especially early in the match”.

Test pitches are rarely rated ‘poor’ for being too bowler-friendly, with the most recent example coming in early 2018, between South Africa and India, a game which was delayed on the third evening because of how dangerous the conditions became.