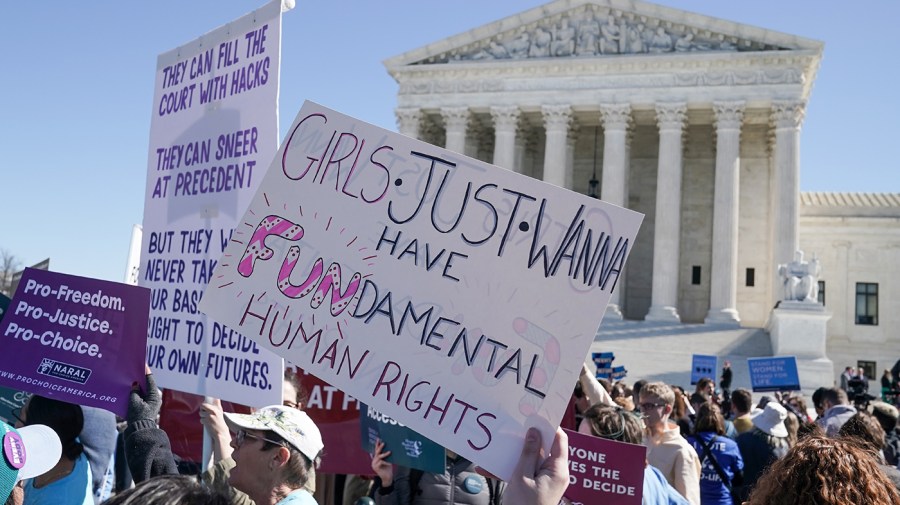 Half of American voters said the Supreme Court’s decision overturning Roe v. Wade has made them more motivated to vote in this year’s elections, according to a new Kaiser Family Foundation (KFF) poll.

About two-thirds of Democrats and half of independents cited the Supreme Court’s decision as a motivator for voting, as did a third of Republicans.

The findings show that abortion continues to be a driving factor for voters, particularly Democratic women ages 18 to 49, just a month ahead of the midterm elections. In July, 43 percent of voters said the Court’s decision was making them more motivated to vote.

“With a Democrat in the White House, Republicans start with an advantage in this year’s midterm, especially on issues such as gas prices and crime, but their efforts to ban and criminalize abortion are backfiring on them politically, even in red states,” KFF President and CEO Drew Altman said. “Whether this motivates enough voters to hit the polls and change the outcome remains to be seen.”

In states with abortion bans in place, three-in-four Democratic or Democratic-leaning voters said their state abortion laws have made them more motivated to vote in November.

Nationally, Democrats are betting that abortion will be enough of a motivator for them to keep control of the House and Senate. Candidates are focusing much of their messaging on abortion rights.

Yet while abortion was cited as a major motivator, the poll found more people overall wanted candidates to talk about the economy than abortion rights.

The economy was the top issue for Republicans and independents. Half of Republican voters and one-third of independent voters said they want to hear candidates talk about economic issues.

“The economy is a key issue. And so it’s not something that can easily be ignored,” said KFF’s Lunna Lopes, a senior analyst who helped design the survey.  “So even within Democrats, while abortion is a key issue that is resonating with them, there’s still a big [segment of voters] who want to hear the candidates discuss the economy.”

The survey was conducted from Sept 15-26 among a nationally representative sample of 1,534 U.S. adults. The margin of error is plus or minus 3 percentage points for the full sample, but may be higher for certain subgroups.