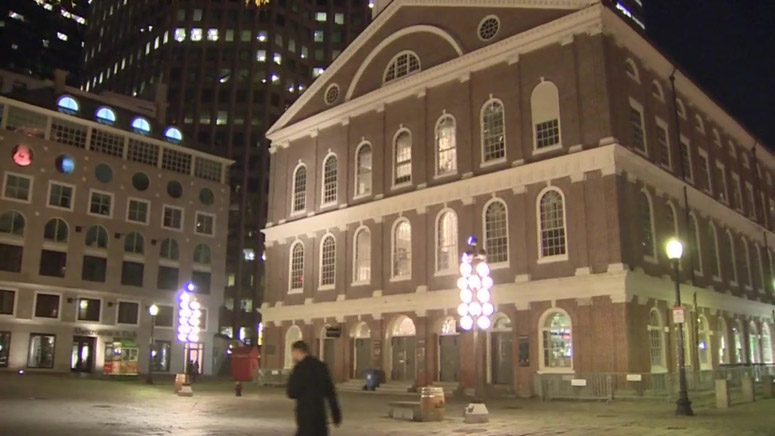 Robert Buckley, 43, is charged with assault and battery on a person over 60 causing serious bodily injury. Judge James Coffey also ordered that Buckley stay away from the victim and stay away from J.J. Donovan’s Tavern, the site of the attack. Buckley will return to court Feb. 16 for a probable cause hearing.

Assistant District Attorney Michael Tomasini said the victim was with relatives for a family celebration when he was attacked outside of the restaurant and thrown to the ground by a man wearing a white long-sleeve shirt and blue jeans with red underwear protruding from the rear waistband. Family members and Faneuil Hall security officers told police the man, who was accompanied by a second man, fled toward Congress Street.

Officers soon located a man matching the description at Atlantic Avenue and High Street and conducted an on-site ID with a family witness. The witness told police that the man, Buckley, was “100 percent” the person who threw the victim to the ground. The second man was not involved in the altercation and was not charged.

The victim was transported to Massachusetts General Hospital with a serious neck injury that could have life-long ramifications. He also suffered a severe gash to his forehead that will require plastic surgery.

“It’s tragic that this innocent man is out celebrating with his family and suddenly ends up on the ground with injuries that could impact the rest of his life, and tragic that it all happened in front of his family,” Hayden said in a statement. “Our victim witness advocates are in contact with the victim and his family and will stay by their side throughout the course of the prosecution.”