The former Red joked ‘there is a waiting list for his shirt’ on Instagram over a snap of the midfielder grappling onto the No.11 for dear life.

It’s a wonder how the former Chelsea hitman managed to keep his cool while the No.20 repeatedly attempted to antagonise his opponent throughout the encounter, though we’re glad he got a chance for payback with the match-winning goal. 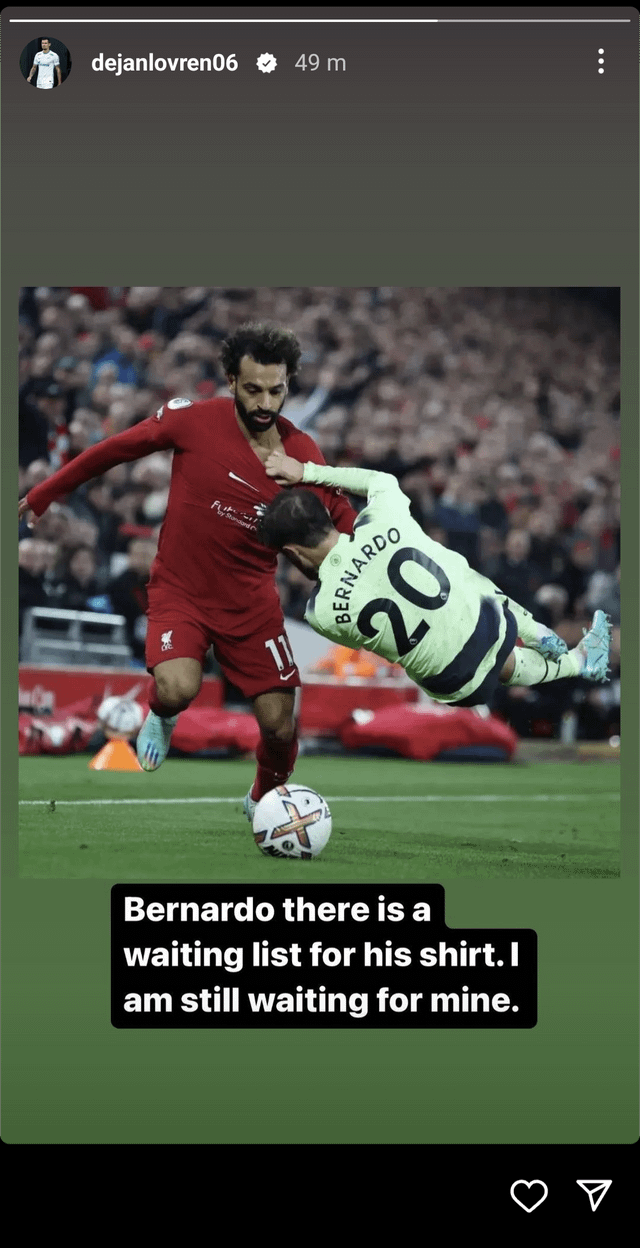