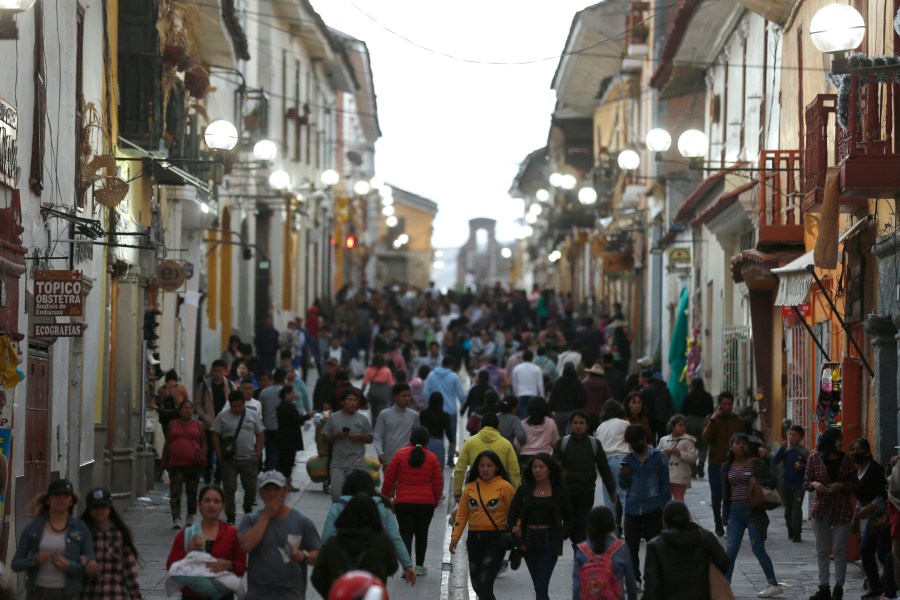 It’s the second time in days that the lawmakers — easily the most reviled of a widely discredited political elite — are taking up the proposal to push forward to next year the elections for president and Congress originally planned for 2026.

The measure has the backing of caretaker President Dina Boluarte, who took over from Castillo after the former rural school teacher tried to dissolve Congress on Dec. 7 — a move widely condemned by even his leftist supporters as a self-coup and act of political suicide. After the failed move, he was swiftly arrested.

The early elections proposal failed to muster enough votes last week after leftist lawmakers abstained, conditioning their support on the promise of a constitutional assembly to overhaul Peru’s political charter — something that conservatives denounce as putting Peru’s free market economic model at risk.

“Don’t be blind,” Boluarte said in comments over the weekend, slamming lawmakers for not moving more decisively to defuse mounting political tensions. “Look at the people and take action in line with what they are asking.”

Castillo, a political novice who lived in a two-story adobe home in the Andean highlands before moving to the presidential palace, eked out a narrow victory in elections last year that rocked Peru’s political establishment and laid bare the deep divisions between residents of the vibrant capital, Lima, and the long-neglected countryside.

Castillo’s attempts to break a stalemate with hostile lawmakers by closing Congress only deepened those tensions. Within hours of his attempted power grab, he was ousted by Congress and jailed facing a criminal investigation, accused of trying to usurp power in violation of the constitution.

Boluarte, who has the backing of U.S. President Joe Biden’s administration and speaks fluently the native Quechua language of many protesters, has struggled to restore order in the restive nation.

In several parts of the country, protesters who voted for her and Castillo’s ticket last year have defied a 30-day state of emergency and taken to the streets to demand her immediate resignation.

The death toll from the unrest rose to 26 on Monday after security forces firing tear gas dispersed thousands of informal miners who cut off the Pan-American Highway at two vital chokepoints for more than a week, forcing truckers to dump spoiled food and fish bound for market. Hundreds have been injured.

Should lawmakers decide to push up elections, they would in essence be throwing themselves out of work. Under Peru’s constitution, the 130 members of Congress are entitled to serve only a single term.

Ignoring calls by Boluarte and others to butt out of Peru’s internal affairs, López Obrador has criticized Peru’s conservative media and business establishment for the classist, sometimes bigoted way it portrayed Castillo during his 17-month presidency.

On Monday he said that if lawmakers reject early elections and cling to power, and the president stays, then “everything will have to be achieved by force and repression, leading to a great deal of suffering an instability for the people.”

The Mexican president has reiterated his willingness to grant asylum to Castillo, who was intercepted by protesters and security forces while trying to flee to the Mexican Embassy in Lima after his bid to shutter Congress backfired.