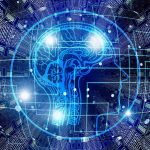 Perceiv AI has closed $1.5 million that will enable the healthtech startup to expand its artificial intelligence (AI) machine learning platform that predicts the progression of diseases associated with aging.

Investors in the round included the Centre for Aging + Brain Health Innovation, Plug and Play Ventures, Boreal Ventures, IKJ Capital, Red Abbey Labs, Investissement Quebec, and a number of undisclosed angel investors. The closing date of the round was also not disclosed.

Perceiv AI also intends to use the funding to expand its team and advance its commercial and scientific activities, in addition to strengthening its regulatory efforts. Notably, globally recognized Canadian computer scientist Yoshua Bengio is a member of the startup’s advisory team.

Perceiv AI’s first product, Foresight AD, forecasts the progression of cognitive decline in Alzheimer’s Disease, according to a Medium post from StartUp Health, which also identified itself as an investor in the startup.

According to the post, the startup has spent several years building a comprehensive database of patient information using imaging, genetic, phenotypic, molecular, and clinical variables to train its algorithms to make predictions.

In turn, the company hopes that database will allow for precision medicine including treatments and interventions that take into account individual clinical risk factors, cognition, genetic biomarkers, environment, imaging, and other information to more accurately address a condition.

Christian Dansereau co-founded Perceiv AI with César Laurent in 2018. At the time, Dansereau was finishing his PhD in Computer Science at the University of Montreal. His research focused on how to apply machine learning and AI in the field of neuroscience, while Laurent was a deep learning researcher withMila, the Québec Artificial Intelligence Institute.

The startup developed the initial software for the company, focusing on Alzheimer’s clinical trials as its first vertical, building upon Dansereau’s doctoral research.

According to StartUp Health, which is a platform that invests in transformative health companies at every stage, a key moment for Perceiv AI came in 2018 when they presented at the Clinical Trials on Alzheimer’s Disease (CTAD) annual conference. “After they walked off the stage, multiple pharmaceutical companies approached them to discuss the application of their AI for trial recruitment,” the post recounted.

Following that the AI startup was able to access close to half-a-million dollars in grants to increase its team in 2019 and 2020, adding a senior scientist and a clinical and regulatory lead. The company launched Foresight AD in 2021 at the CTAD conference. The $1.5 million round appears to represent Perceiv AI’s first venture funding round to date.

At this point, the startup has applied for a breakthrough designation with the FDA. Such designations are meant to speed up the development, assessment, and review of medical devices to help them get to market faster.

Perceiv AI hopes that, longer term, it will be able to expand into other neurological disease areas such as MS and Parkinson’s.