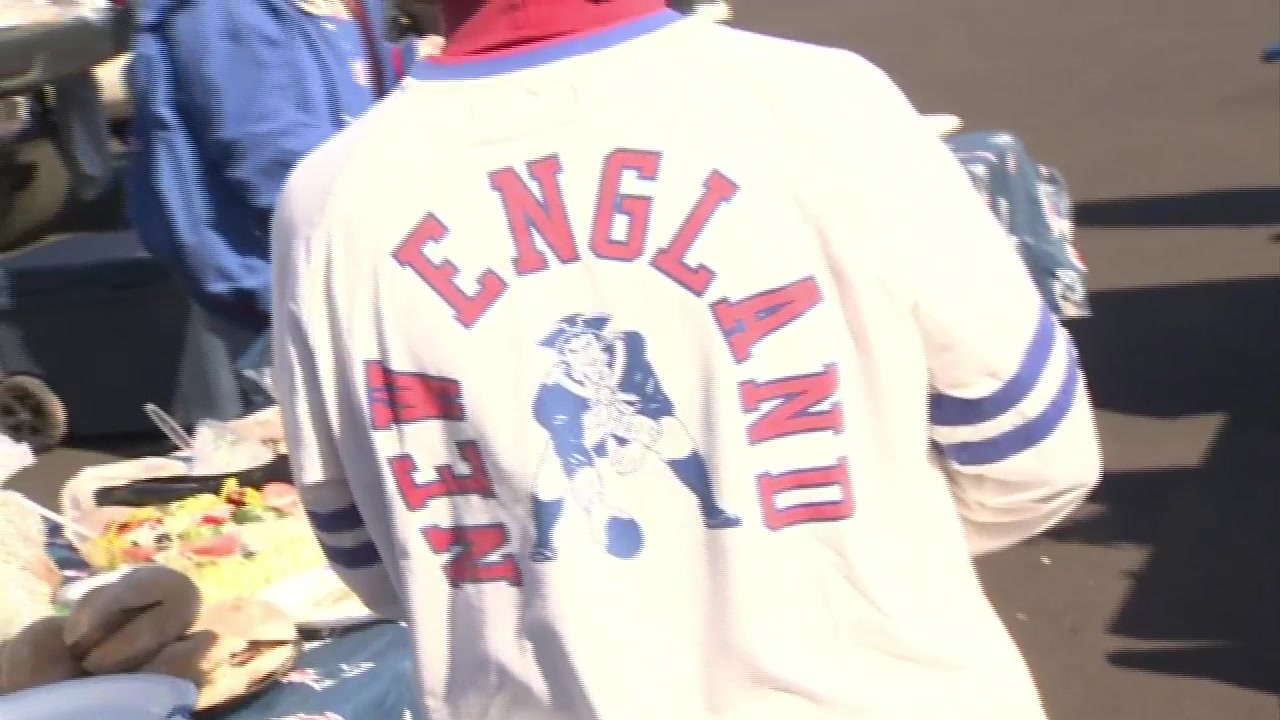 Fans sported the old red jerseys and classic logos at a tailgate outside Gillette after the Patriots announced this throwback week.

The old Pat the Patriot logo and red jerseys made a comeback this week, 10 years after a change in NFL rules replaced them with the current blue jerseys and Flying Elvis logo.

“That shirt’s about 30 years old! It was at the bottom of the drawer,” one throwback fan, Peter Brodeur, said. “I had to go look for it when I heard it was throwback time!”

Pat the Patriot hasn’t appeared on the patriot’s helmets since NFL rules barred teams from having multiple sets of helmets. The restriction was lifted before this season, allowing the team to call it a comeback and invite fans to celebrate in vintage gear.

“These are the colors I grew up with,” Bob Doherty, another throwback fan, said. “And I think the red with the white pants and the Pat patriot, that’s what means the Patriots to me.”

“I don’t care that some people think that it has to do with the bad times,” Mark Hudson said. “You got to go through the bad times to have the good times.”

Field crews were working to paint Pat the Patriot at the 50-yard line this week. The iconic logo was created in 1960 by a Boston Globe cartoonist.

Some fans said they wish it would stay.

“Honestly, the throwback jersey is better than the standard jersey,” throwback fan Doug Hunt said. “Pat the Patriot better than Elvis the Patriot, and I think we should do this every week.”

“I think they should change the uniforms, they’re the best uniforms, I think, in the league! Pat the Patriot is the best.” Nate McCarthy said “Why wouldn’t you have him, right?”

But others disagreed, partial to the nostalgia.

“I don’t like them every game, I think it’s good to keep them special,” fan Will O’Malley said. “So we don’t want to keep them every weekend, and it’s good the NFL had them bring back the second hats because having the Pat the Patriot helmet only makes the red shirts make sense. The Flying Elvis with this does not make sense at all.”