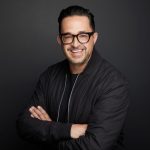 After spending nearly 20 years working in the real estate industry as a marketer and educator, Ownly co-founder and CEO Jason Hardy has set out to change the way new homes are bought and sold.

“The buying process of new construction literally has not changed in 50 years,” Hardy told BetaKit in an exclusive interview, claiming that even today, most new home construction sales take place in person and the vast majority of the market still doesn’t put pricing online.

As the pandemic “expedited” consumer demand for buying things online, and Canada’s previously red-hot housing market has cooled amid worsening macroeconomic conditions, Hardy believes the time is ripe for the industry to digitize. “It’s an uphill battle,” he said. “It’s a huge challenge trying to convince these very old school [firms] … to try something new, but we think there’s a ton of opportunity.”

Founded in 2020 by Hardy and CTO Ray Yip, Ownly describes itself as an e-commerce platform for the real estate industry. The Albertan startup enables developers to list and sell inventory and customers to shop, finance, and buy new homes online with more efficiency and transparency.

“Ownly’s white-label solution is nimble and provides multiple benefits to builders and their sales teams,” said NAventures principal James Povitz. “Ownly also empowers prospective purchasers with the information they need to make informed buying decisions and enables a digital purchasing experience that they have come to expect in today’s world.”

According to Bluesky Equities president and CEO Derrick Hunter, part of what drew the firm to invest in Ownly was its founders’ background and expertise, and the fact that the market Ownly serves “feels right for disruption.”

Hardy said part of Ownly’s focus with this financing was on adding investors to its cap table with “a lot of horsepower” in terms of expertise, and connections within the real estate and development spaces. He pointed to potential channel partnership opportunities, noting that Bluesky, NAventures, and Garage bring a healthy dose of each.

To date, Ownly has amassed 15 home builder and developer customers, 11 in Canada and four in the United States (US). The startup currently serves over 27 communities with a focus on Alberta, and plans to use its seed capital to fuel its expansion into Ontario and US markets like Florida, Texas, and Georgia over the coming months.

Up to this point, most of Ownly’s clients have been on the single-family home building side, but Hardy noted that the firm is starting to push into the multi-family housing market.

As to whether Ownly has any designs to enter the residential housing re-sale market, Hardy didn’t rule out the possibility, but noted that the firm plans to remain focused on new construction for the time being.

Hardy believes new construction is a great starting point for Ownly to identify product-market fit and prove the viability of its platform. “When the time comes and people want us to move into commercial or industrial or resale, we want to be invited to the party rather than smashing the doors down,” he said.

Speaking about raising capital in a challenging market for venture funding, Hardy added, “When I was opening our round, the world was falling apart around us,” said Hardy. “There were many deals in the proptech space that were falling apart all around me and it made me really, really nervous.” Ownly’s convertible note seed round closed in early July.

Amid these conditions, Hardy said Ownly “became more meticulous,” speaking to more investors than it initially intended and focusing on building a deeper connection with them. “I wasn’t looking for a cheque. I was looking for a relationship, a catalyst to help us open doors and forge new relationships,” said the CEO.

As housing supply and demand have become more balanced, Ownly has already seen developers adopt new tools to differentiate themselves.

The real estate market is also changing around Ownly. According to Hardy, many builders and developers were less open to the idea of selling new homes using technology during the previously red-hot real estate market.

“For the past two and a half years, we’ve seen demand exceed supply,” said Hardy. “It’s been difficult to get a builder or developer on the line to even talk to us because they had no problem selling the old school way. They’re like, ‘I don’t need a new tool, what I’m doing is working just fine.’”

Garage Capital co-founder and general partner Mike McCauley described Hardy as “a prime example of an entrepreneur who understands the industry and what it needs to truly progress,” adding that the CEO saw an opportunity for direct-to-consumer, a mentality he said the new construction industry has been “slow to adopt.”

Now, said Hardy, there has been some “recalibration” as the market has cooled and housing supply and demand have become more balanced. Amid these conditions, Ownly has already seen some builders and developers search for new tools and ways to differentiate themselves.

In the coming months, Hardy anticipates that housing supply will start to outpace demand, making for a more competitive market, and leading even more builders and developers to seek out a competitive edge like Ownly’s platform.