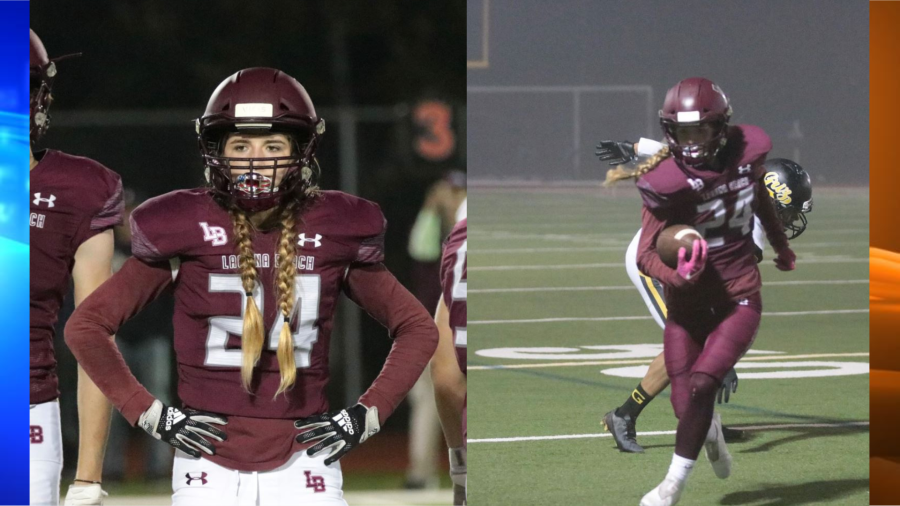 A Laguna Beach teenager has made history by becoming the first female in California to score two touchdowns in a high school football game.

Besides Rasmussen, seven girls have scored a touchdown in a varsity game, but Rasmussen is the only one to have achieved the feat twice in one game, according to Cal-Hi Sports.

Moments after the historic touchdown, the star athlete was congratulated by her teammates on the field.