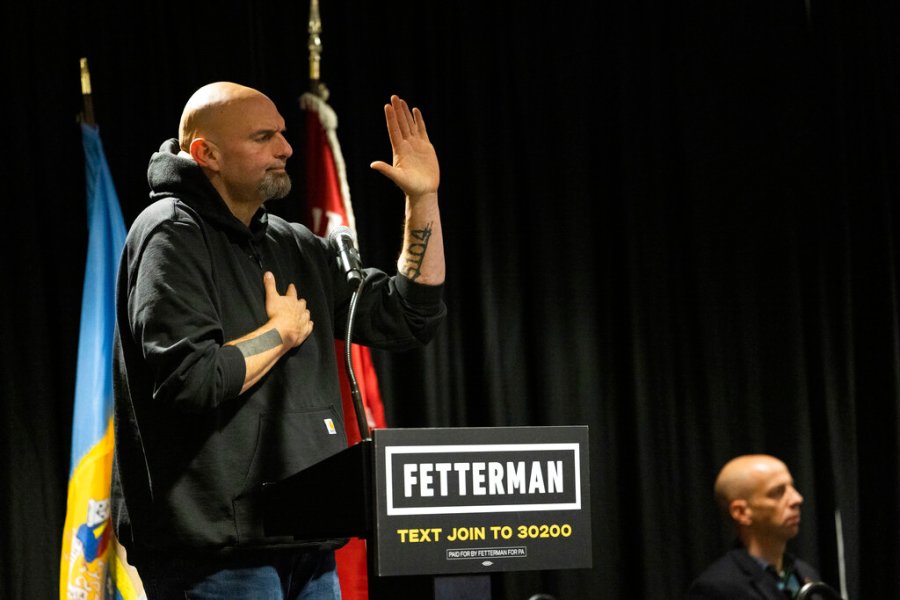 HARRISBURG, Pa. (AP) — TV icon Oprah Winfrey on Thursday endorsed Democrat John Fetterman in Pennsylvania’s hotly contested Senate race and rejected Republican Dr. Mehmet Oz, whom she had helped launch to stardom nearly two decades ago when she brought him on her popular daytime talk show as a regular guest.

Until now, Winfrey had said she would leave the election to Pennsylvanians, but she changed that position in an online discussion on voting in next Tuesday’s election.

”I said it was up to the citizens of Pennsylvania and of course, but I will tell you all this, if I lived in Pennsylvania, I would have already cast my vote for John Fetterman for many reasons,” Winfrey said, before going on to urge listeners to vote for Democrats running for governor and Senate in various states.

The Pennsylvania seat has for months been seen as the most likely pickup opportunity for Democrats in the evenly divided Senate.

Polls show a close race between Fetterman and Oz, a celebrity heart surgeon who is endorsed by former President Donald Trump.

In a sign of how high the stakes are, Trump will return to Pennsylvania on Saturday to campaign for Oz, while President Joe Biden and former President Barack Obama will campaign for Fetterman that same day.

Oz left Oprah’s show after five years and 55 episodes to start his own daytime TV program, “The Dr. Oz Show,” which ran for 13 seasons before he moved from New Jersey to Pennsylvania to run for the Senate.

The seat is being vacated by retiring Republican Sen. Pat Toomey.