Lace your boots, pull on your khaki shorts and don your safari hat, the opening of Jurassic World: The Exhibition is only days away. Next week, you can step through the screen into the universe of the epic dinosaur blockbuster at Excel London. Follow in the footsteps of Alan Grant and co. as you explore an ancient wilderness filled with familiar favourites such as raptors, brachiosaurus and, of course, the carnivorous queen of them all, the Tyrannosaurus-Rex. Not only that, but you’ll also get to peek behind the plexiglass and see where the scientists worked their dinosaur-making magic at the Creation Lab. This is no ordinary exhibition, it’s practically a portal into Jurassic World.

When a leather jacket-clad Ian Malcolm uttered the words “life finds a way” I wonder if that included giant, hyper-realistic animatronic dinosaur life that roams around one of London’s sprawling exhibition centres? Whatever the case, it seems the prehistoric creatures have found their way to the Big Smoke, with our very own Isla Nublar opening in the heart of the city. Fans of the iconic film franchise will be in their element, humming the theme tune as they enter through the giant gates and push through prehistoric plant life to find a fascinating menagerie of dinosaurs.

Grab tickets now to be among the first through the doors of Jurassic World: The Exhibition.

You’ll be pleased to know there’ll be no risk of sudden swooping pterodactyl attacks or calculated assaults from ravenous raptors, so you can leave your flares and tranquiliser guns at home. It’s basically all the fun and wonder of Jurassic World with none of the peril. Probably just as John Hammond envisioned it in the first place. You’ll encounter everything from the neck-ache-inducing Brachiosaurus, munching away high above, and the hard-headed (in more ways than one) Stygimoloch, Stiggy, to the malicious newbie the Indominous Rex, watching you with steely eyes. It’s a true immersion into the franchise, peppered with familiar scenes and much-loved dinosaurs for you to see up-close like never before.

This is an unmissable chance to enter a wondrous world of dinosaurs plucked straight from the blockbuster film, grab your ticket today! 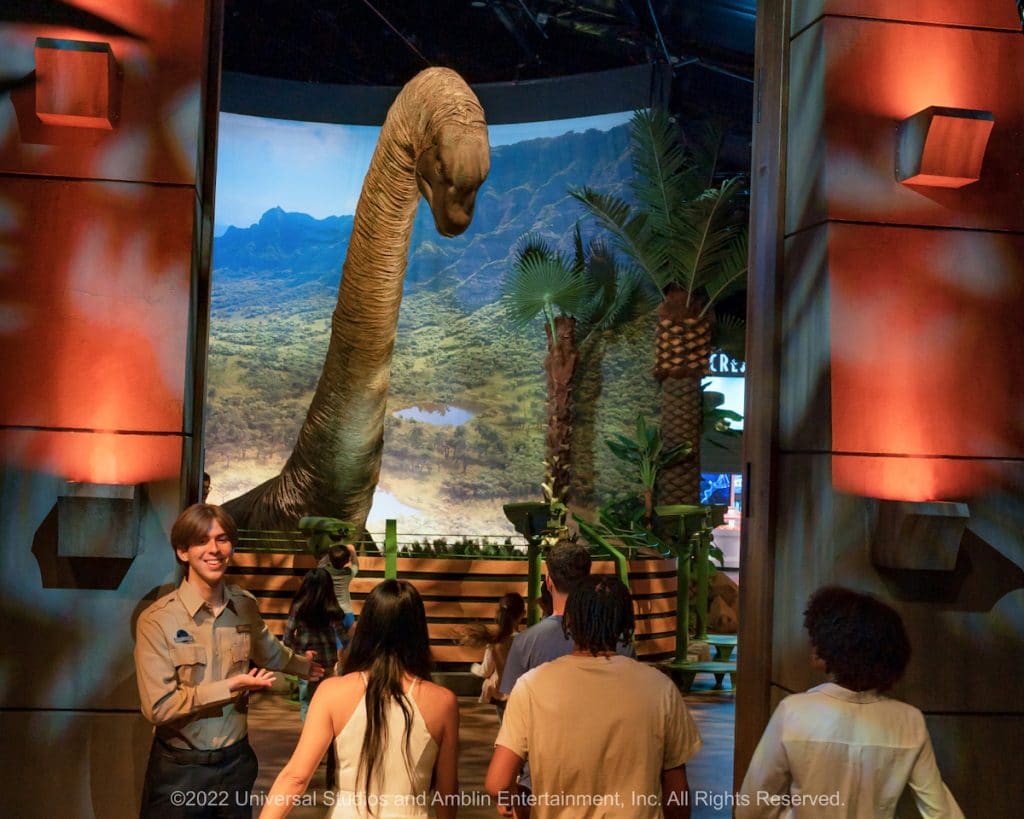 Whatever your age you’ll no doubt be melting once you lay eyes on the adorable baby dinos. Their innocent faces and colourful markings make them the perfect selfie companion. Snap a memento with little Bumpy, the Ankylosaurus from Camp Cretaceous, or, to really juice up your Instagram, you may even dare to capture the toothy grin of the T-Rex. Of course, all this wouldn’t be possible without the work that goes on in the white walls of Hammonds Creation Lab. Inside, you can expect to discover the secrets of dinosaur creation and gaze down at tiny parasaurolophus babies. Don’t miss out on this incredible chance to experience the cinematic magic of dinosaurs, grab your tickets now.

Don’t miss your chance to walk among prehistoric giants. Book your tickets for this incredible Jurassic World exhibition, opening next week.

The post Only One Week Until The Wondrous Jurassic World Exhibition Opens Its Doors appeared first on Secret London.