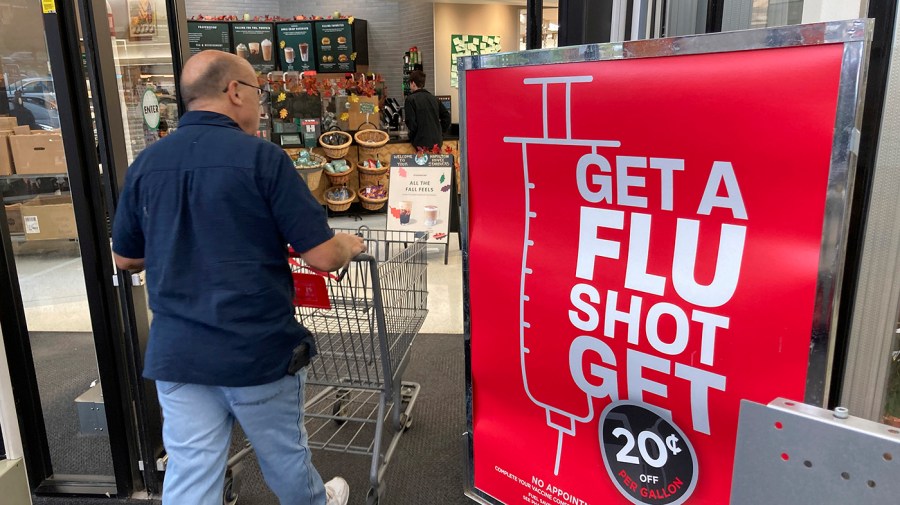 Health experts are warning the nation to brace for what could be an exceptionally severe flu season this fall and winter, as more people who have not built up immunity over the last few years mix and mingle.  There are two big reasons why more people could be vulnerable to the flu this year.

The first is that with coronavirus restrictions such as the wearing of masks all but forgotten, people are more likely to come into contact with the flu virus this year than over the last two years.

The second reason is that fewer people are likely to be immune from the flu virus this year because fewer people have been getting the flu over the last two years — as the pandemic locked people down and as people worried more about getting COVID-19.

Richard Webby, a virologist at St. Jude Children’s Research Hospital’s infectious diseases department, said the past two flu seasons simply have not seen the same levels of exposure to the flu.

In a normal year, exposure to the influenza virus generates some community immunity as about 10 to 30 percent of people are exposed to the flu in a normal season.

But fewer people were exposed in 2020 and 2021, resulting in a decline in natural immunity.

For example, pediatric flu deaths normally exceeded 100 every year before the pandemic.

But the past two flu seasons have seen reported pediatric flu deaths fall under 40, with only one pediatric death confirmed in 2020.

This lowered population immunity means that people are at a higher risk of contracting the flu this year, according to Webby.

Amesh Adalja, senior scholar at the Johns Hopkins Center for Health Security at the Bloomberg School of Public Health, said the flu season for the past two years has essentially been “nonexistent” and added that this trend was always bound to end once social distancing became less practiced.

According to Adalja, evidence of the flu picking back up is a sign that people are returning to “some semblance of their life pre-COVID.”

The Southern Hemisphere is giving the United States a preview of sorts of what is to come.

It’s been winter in the Southern Hemisphere, and those countries have experienced a tough flu season. Australia, as one example, experienced its worst flu season in five years, with the rate of cases peaking earlier than it usually does in the country.

In both 2020 and 2021, the Australian Department of Health and Aged Care noted a lower rate of reported flu cases and severity, with only 37 laboratory-confirmed flu–associated deaths reported in 2020 and zero reported in 2021. Flu hospitalizations and deaths reached an all-time low in Australia last year.

If such precautions are also taken in the U.S., then higher flu hospitalizations and deaths could similarly be avoided, Webby said.

Experts who spoke with The Hill agreed that what was observed in the Southern Hemisphere appeared to be something of a return to a normal flu season, one that was not “suppressed” by the COVID-19 pandemic. Both Webby and Adalja were doubtful that a “twindemic” of both flu and coronavirus would occur this year.

“I don’t think that these two viruses can sort of go gangbusters at the same time,” Webby said.

With the recent authorization of the bivalent COVID-19 booster dose, the White House has begun recommending that people receive both their booster shots and flu shots at the same time, hoping to avoid surges of both viruses.

For the 2022-2023 flu season, the Centers for Disease Control and Prevention has stated that September and October are good times to get vaccinated.

With many COVID-19–conscious people likely to get their booster shots sooner than later, some have questioned whether September, when COVID-19 boosters became available, is too soon to get immunized against the flu and if it would be better to get the two shots at different times.

Adaljia said it was better to time your flu shot so that it is effective throughout the entire flu season.

“If you get it too early, there’s clear evidence that it wanes off by the end of the season,” he said. “Traditionally, it peaked around February. So if you’re getting a flu shot now in early September, you can’t expect it to be that effective at the tail end of the flu season. So I’ve always recommended people get their flu vaccine sometime in late October.”

Adalja further said he did not believe the White House’s recommendation of getting flu shots at the same time as COVID-19 shots was evidence-based.

“What they’re trying to do is increase uptake of both and come up with a kind of a gimmick for people to get, you know, a two-for-one, when it really may foul up the efficacy of the flu vaccine if it’s given too early,” said Adalja.