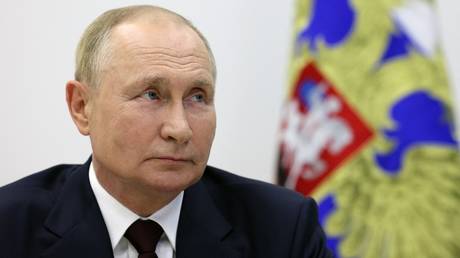 Multiple factors, including security, will decide whether Russian President Vladimir Putin will travel to Indonesia for the G20 summit in November, Kremlin Press Secretary Dmitry Peskov has said.

Indonesian President Joko Widodo insisted last month that both Putin and his Chinese counterpart Xi Jinping had promised him that they would personally attend the gathering of leaders from the world’s biggest economies, which will be held on the resort island of Bali.

However, Peskov clarified on Sunday that the Kremlin had yet to make a decision regarding Putin’s attendance at the summit in two-and-a-half months’ time.

The spokesman was asked by Rossiya 1 channel if it could be dangerous for the Russian leader to travel to Indonesia in light of the ongoing conflict between Moscow and Kiev, in which the West has overwhelmingly supported the Ukrainian side.

“In deciding on the format of our participation… all factors will be taken into account, including security factors, of course,” he replied.

However, Peskov confirmed that “there is an invitation at the highest level [for Putin to attend], for which we are grateful to the host country of the upcoming summit.”

Moscow confirmed Putin’s participation in the summit in Bali in July, but said it wasn’t yet clear whether he would attend in person or via video link.

If Widodo’s claims are confirmed, the summit in Bali would be the first time that Putin, Xi and US President Joe Biden had met face-to-face since the launch of Russia’s military operation in Ukraine in late February.

Ukrainian leader Vladimir Zelensky has also been invited to the event by Indonesia, despite his country not being in the G20.

Biden and some other Western politicians earlier called for Putin to be banned from the summit, but Widodo has resisted this pressure and insisted that the Russian leader must come to Bali.