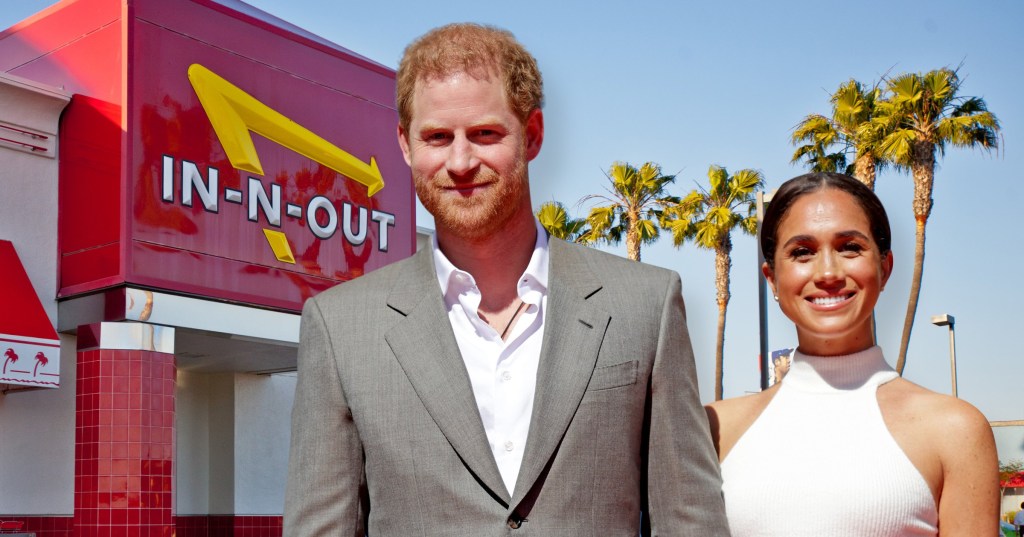 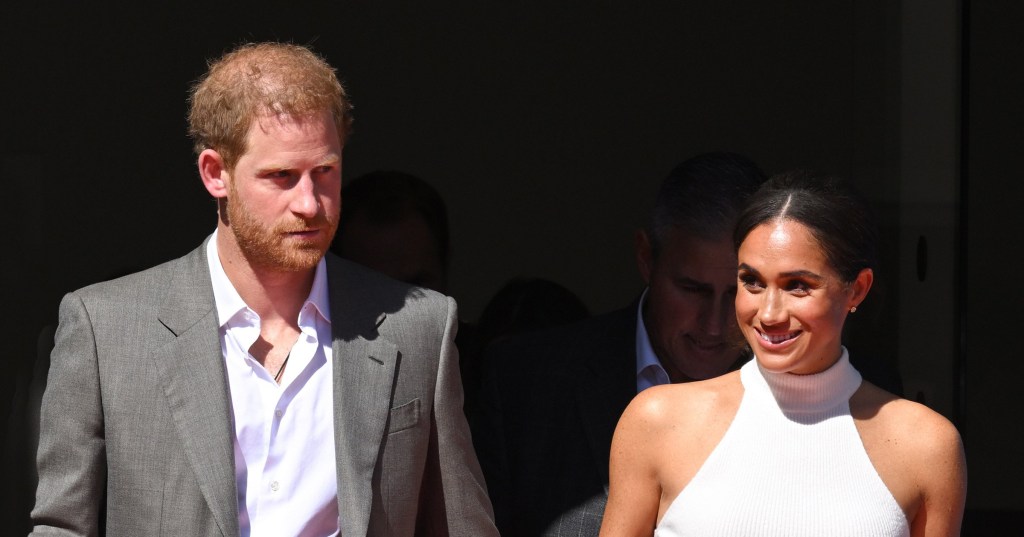 The Duke and Duchess of Sussex enjoy ‘surprising’ restaurant staff when they nip out for food, a new interview has revealed.

Harry has made himself at home across the pond, partaking in typical American outings such as visiting a rodeo in Texas and attending the Super Bowl.

He’s also become well acquainted with the various fast-food restaurants on offer, his wife has revealed.

The couple frequent In-N-Out, a burger chain with premises scattered across America.

In an interview with Variety Magazine, Meghan explained how trips out for food slot into their working days.

She told the magazine: ‘It’s funny. People sometimes think we live in Los Angeles, but we’re a good two hours outside of it. We’re commuters.

‘We drove down recently for a day of back-to-back meetings , equipped with chocolate chip cookies the size of my toddler’s head. Also, my husband’s favorite is In-N-Out.

‘There’s one at the halfway point between L.A. and our neck of the woods. It’s really fun to go through the drive-thru and surprise them. They know our order.’

The interview spanned various topics which Meghan has revealed tight-lipped upon in the past, such as the eagerly-anticipated release of her and Harry’s Netflix docuseries.

The show has been postponed following backlash to The Crown season 5, recent reports claim.

The series is said to have been unofficially slated for December 2022, however, the streaming giant has delayed the project after fierce criticism regarding its period drama based on the royal family.

It comes after former Prime Minister Sir John Major blasted The Crown as a ‘damaging and malicious’ work of fiction in a new statement.

On what to expect from the series, Meghan added: ‘It’s nice to be able to trust someone with our story — a seasoned director whose work I’ve long admired — even if it means it may not be the way we would have told it. But that’s not why we’re telling it.

‘We’re trusting our story to someone else, and that means it will go through their lens.’

During her interview with Variety, the Duchess also stressed she has no intentions of venturing back into the world of acting herself.

But if her children wanted to pursue careers in entertainment, she’d support them wholeheartedly, she added.