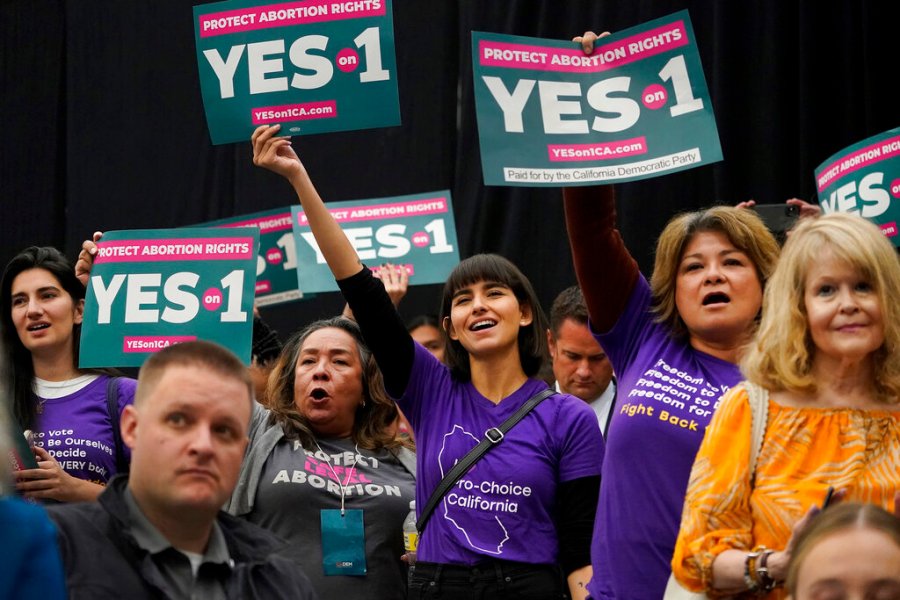 CALIFORNIA (KTXL) — Just before 11 p.m. on Election Day, the Associated Press projected that Proposition 1 would pass in California. The measure would amend the state constitution to include language that enshrines abortion rights.

The amendment states that California’s government shall not get involved in a person’s decision to have an abortion or to choose or refuse contraceptives.

The proposition was on the ballot after the state legislature took action in the wake of the Supreme Court’s ruling on Dobbs v. Jackson Women’s Health Organization.

The court’s ruling gives states the ability to decide on abortion regulations, but abortions are legal in California.

Through various state laws, abortion has been legal in California for many years, and the amendment wouldn’t change much about abortion services and won’t increase any funding for the state government, according to the California Secretary of State.

The proposition, originally known as Senate Constitutional Amendment 10, would change the state’s founding document to include a line about a person’s fundamental right to reproductive freedom.

SCA10 was introduced by Senate Pro Tem Toni Atkins and Assembly Leader Anthony Rendon in June. It was passed by the State Senate on June 20, before the Supreme Court announced its ruling on June 24. Three days later, the California Assembly passed the measure, allowing it to be added to the November ballot.