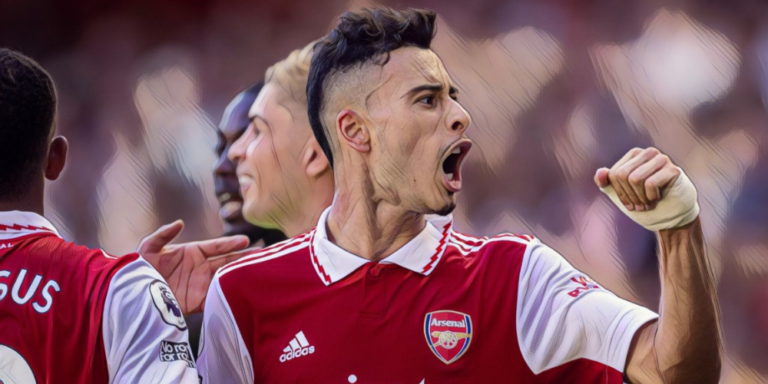 Arsenal take on West Ham as the Premier League makes its return with the traditional Boxing Day schedule.

The Gunners topped the Premier League table over Christmas for the first time since the 2007/08 season and will hope to continue their impressive campaign when the season resumes after the World Cup break.

Here is all you need to know about Monday’s fixture.

Arsenal just keep on grinding out results in the Premier League and secured a 2-0 win at Wolves in their final fixture before the break.

The Gunners have dropped just five points in their 14 games so far this season, form which has seen Mikel Arteta’s team create a five-point buffer to defending champions Manchester City. Pre-season expectations were for a top four finish, but Arsenal’s form so far has made the north Londoners title challengers.

"Pep used to call me about English teams and how to play against them!"

There’s an increasing confidence in this team, who have shown a healthy ability to secure wins when below their best this season. Arteta will hope the World Cup break has not halted his team’s momentum, with no side having taken more points across the last six Premier League fixtures.

Arsenal boast the division’s joint-best defensive record alongside Newcastle and ensuring the clean sheets continue will be crucial to their chances of sustaining a challenge at the top. Arteta must also find a way to cope without Gabriel Jesus, who has started each league fixture since his summer arrival from Manchester City. The Brazilian has undergone knee surgery and won’t return until the Spring.

David Moyes is beginning to come under pressure at West Ham, with the club having struggled to match last season’s push for European qualification.

No side has taken less points across their last six games than the Hammers, who have just one win across that period and are just a point outside the Premier League’s relegation places.

"Our aim is still to qualify for Europe"

The flashes from summer signings Lucas Paqueta and Gianluca Scamacca need to be turned into consistent end product, if Moyes is to overcome a tricky period and keep West Ham pushing upward.

He has exceeded expectations in recent campaigns, but the bar has now been raised and results must improve. Their attack has not quite clicked and their defence has too often been exposed – it’s a recipe that needs fixing. However, there’s enough talent in this squad to turn it around.

Arsenal moved back into the Premier League’s top four after a hard-fought win at the London Stadium.

Set-pieces were the route to success for the Gunners, as centre-back duo Rob Holding and Gabriel scored the goals to earn all three points. Holding opened the scoring with his first-ever Premier League goal after meeting Bukayo Saka’s corner.

West Ham hit back and levelled on the stroke of half-time, as Jarrod Bowen found himself in space inside the area before firing home.

Arsenal’s winner eventually came from another unlikely source, as Gabriel arrived unmarked at the back post to head home Gabriel Martinelli’s cross. It was a win that moved the Gunners back into the top four and all but ended the Champions League hopes of their beaten opponents.

Who is the referee?

What channel is Arsenal v West Ham on?

What time is kick off?