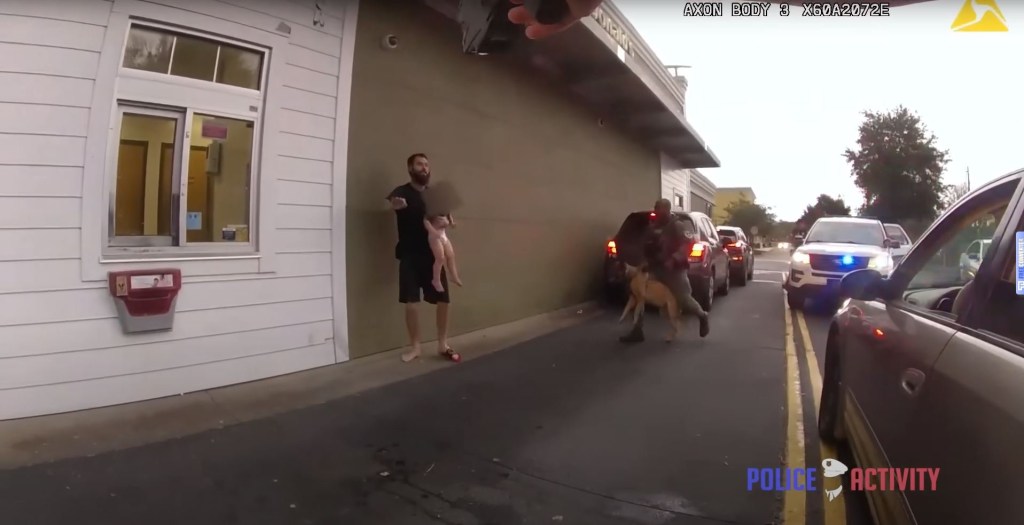 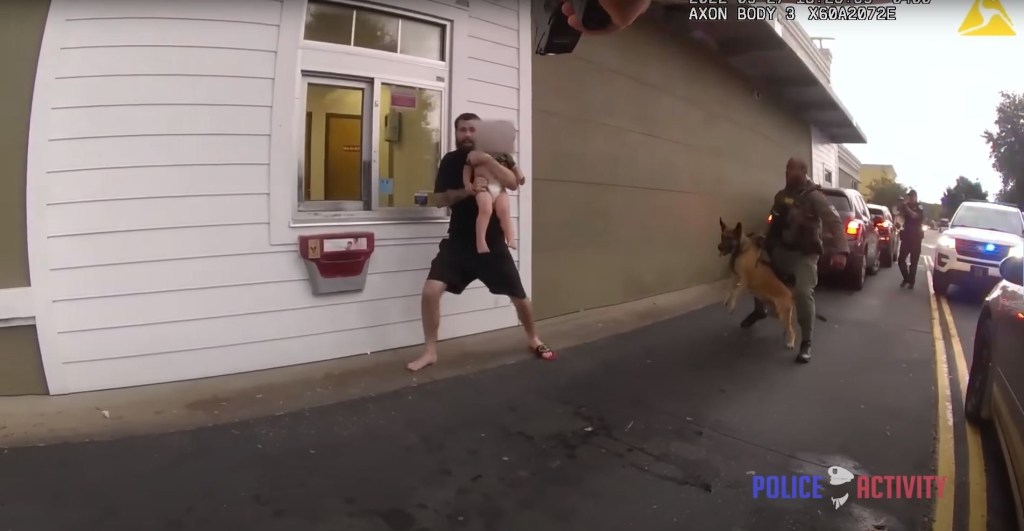 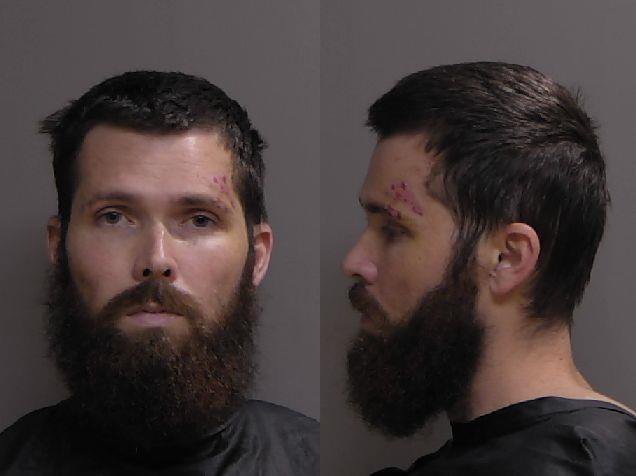 Shocking video has captured the moment a Florida man uses his baby as a human shield against police.

Brandon Matthew Douglas Leohner, 27, held up the infant while cornered by officers at a drive-thru fast food restaurant.

Officers Tasered Leohner who fell to the ground, with the baby narrowly avoiding being dropped onto the tarmac.

A police officer then darts forward to pick up the crying child.

Leohner is tackled to the ground by a police dog before he is arrested and placed into an awaiting police car.

The baby, dressed only in a white diaper and top, can be heard crying ‘dada’ while reaching out hands toward the man.

A line of cars watched the shocking incident, which took place near a McDonald’s drive-thru window, unfold.

Leohner had allegedly abducted his own baby and driven through the streets in Palm Coast, Florida, USA, recklessly with the child on his lap.

Flagler County Police said in a statement: ‘Here is a case of a domestic situation turning violent, putting a one-year-old child and innocent drivers in danger.

‘Deputies were confronted with a very chaotic situation and a very combative individual that was putting his child at risk by using the child as a shield.

‘Our deputies did everything they could to quickly rescue this child safely from a madman and apprehend the suspect.

‘Fortunately, the child was not hurt and was quickly reunited with his mother.’