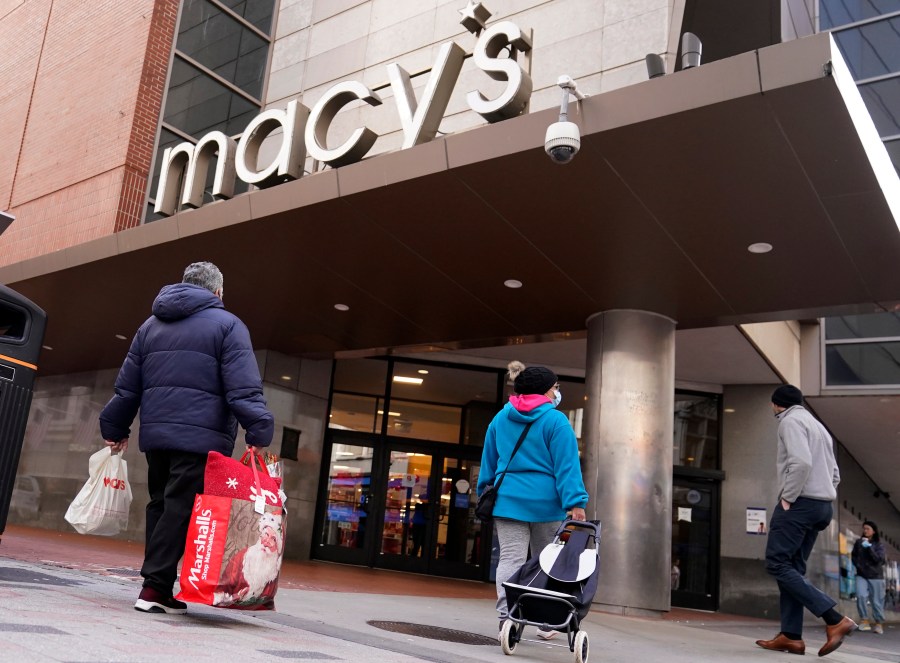 NEW YORK (AP) — Macy’s profits and sales slid in the third quarter as the department store faces a pullback from shoppers stung by inflation.

Yet it topped Wall Street expectations and the New York company raised its earnings outlook, in part due to better credit card revenue. Shares rose nearly 7% before the opening bell Thursday.

Comparable sales — those from established stores and from online — slipped 2.7% including licensed businesses compared with the year ago quarter, but it was up 6% compared with the third quarter of 2019, before the pandemic.

Macy’s took a blow at the beginning of the pandemic as it was forced to close it stores for a few months, but sales rebounded when Americans began to refurnish homes or buy casual clothing as they stayed close to home.

But Americans have dramatically shifted away from pandemic-fueled spending as the virus has eased, and that has left a number of retailers with excess inventory unable to sell and thus had to be discounted. Surging prices on food and rent have also redirected spending toward necessities like groceries and gasoline, which hurts stores like Macy’s.

In August, Macy’s said it cut orders where it could to better sync with customer demand, but that inventory in some categories remained high. It has cut prices to clear than inventory, which will cut into company profits.