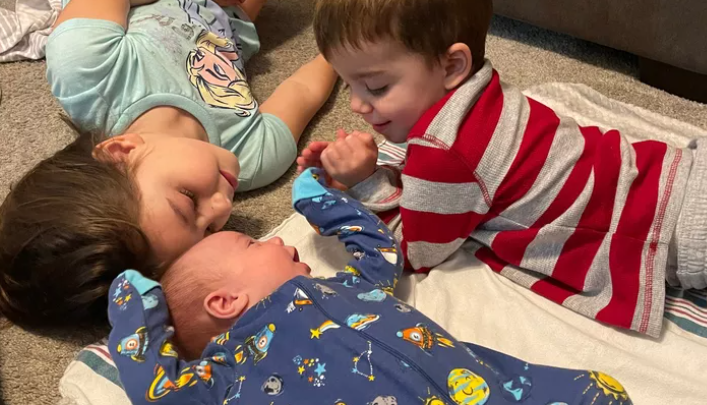 ALBANY, N.Y. (NEWS10) — According to the latest data from the CDC, rates of hospitalization for RSV, among Americans of all ages, are already about twice as high as last year, and nearly five times as high as during 2019-2020, when the pandemic kept rates down. And as RSV cases surge among young kids across the country, many children’s hospitals have become overwhelmed.


Get the latest news, weather, sports and community events delivered right to your inbox!

In the Capital Region, two local families have felt the impact of the virus first-hand. Each has taken to the crowdfunding platform “GoFundMe” to stir up support for their littles.

Danielle Nadeau and her fiancé Alex Tziakas, of Cohoes, brought their third child into the world on Oct. 5, 2022. The baby boy came down with a frightening cold at just 10 days old. Being so young, Nadeau and Tziakas decided it would be best to have him checked by his pediatrician.

Their doctor said that the baby was fighting a cold and told Nadeau and Tziakas to continue monitoring him at home. They were told to call if any of his symptoms worsened.

A few days went by, and they noticed the baby struggling to breathe, so back to the doctors they went. The doctor immediately referred the baby to the hospital to be placed on oxygen and to receive further testing. At just two weeks old, the baby boy was diagnosed with RSV.

The baby was admitted to the hospital and required round-the-clock monitoring and administration of oxygen. After spending nearly a week in the hospital, the boy was discharged—and family members say he is still on the up and up today.

“Financial reality has hit pretty hard,” said family friend Sheila Rosch. “Danielle, who is still out on maternity leave, and Alex are doing their best to stay ahead of the medical bills, but they just keep on coming. High deductibles and out-of-pocket responsibility can seem almost impossible to meet and unfortunately, they are not even close.”

To help with those medical bills, Rosch has launched a GoFundMe fundraiser. “I ask with an open heart, please help our friends in any way that you can during their time of need,” she pleaded. “I know it is a tough time of year to give anything extra, but even the littlest amount can help in a very big way!”

In Montgomery County, an Esperance family has lived through a similar nightmare. Tiffany Alicia and her partner, Jason, brought baby Luca into the world in late October.

In the week of Luca’s birth, one by one, the baby’s three older siblings all became sick and tested positive for RSV a few days later. Two of those siblings ended up being hospitalized with the virus, according to Alicia’s mom, Carole Livingston.

“It’s tough times for all of us, but I would like to help ease the financial burden Tiffany and Jason have unexpectedly been hit with,” said Livingston on her newly launched GoFundMe page. “The gas, ER visits, medical expenses, etc. just to keep Luca safe and get the siblings healthy, have added up to hundreds of dollars. I will be forever grateful for any help while Tiffany and Jason continue struggling to get to their new ‘normal’ again.”