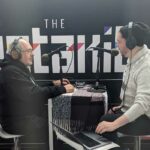 This year has been a “disaster” for SaaS venture funding deals, according to Leo Lax, executive managing director of Canadian SaaS accelerator L-Spark However, Lax argues there is still some growth bubbling in the sector.

“The market has shifted completely, and in the Canadian economy, we’ve seen this shift creating a contraction in terms of where growth is happening.”
– Leo Lax, L-SPARK executive director

Based on Pitchbook data, L-Spark highlighted that the total amount of capital invested into Canadian SaaS startups this year amounted to $3.7 billion (all figures in USD). This represents a nearly 60 percent decline from the $9.16 billion that was reported last year.

Lax noted that Canada saw 12 IPOs in 2021, to one IPO in the beginning of this year.

Investment levels in Canadian SaaS startups are also lower than pre-pandemic levels, as 2019 saw a total of $5.13 billion in financing deals. This year’s total investments have increased slightly, though, from the decline in venture funding in 2020, which accumulated $1.17 billion.

“The market has shifted completely, and in the Canadian economy, we’ve seen this shift creating a contraction in terms of where growth is happening,” he said.

L-Spark’s 2022 report found that within the last year, Series B investments totalled $708.9 million, which was raised across 10 deals. The report also highlighted companies that have received investments of over $50 million this year, which comprised the likes of 1Password, Paper, Talent.com, LayerZero Labs, Cohere, and Xanadu.

“The overall numbers were similar, but we now have a bias in a different way, and the bias is less towards building the innovation economy, more towards sustaining what we got,” said Lax.

Speaking on the BetaKit podcast, Lax also spoke to his background as a veteran in the telecommunications industry, being agile in a volatile economy, and how certain verticals in the SaaS sector caught the opportunity for growth despite the macroeconomic downturn.

The post L-Spark’s Leo Lax: 2022 has been a “disaster” for SaaS funding, though sector continues to grow first appeared on BetaKit.