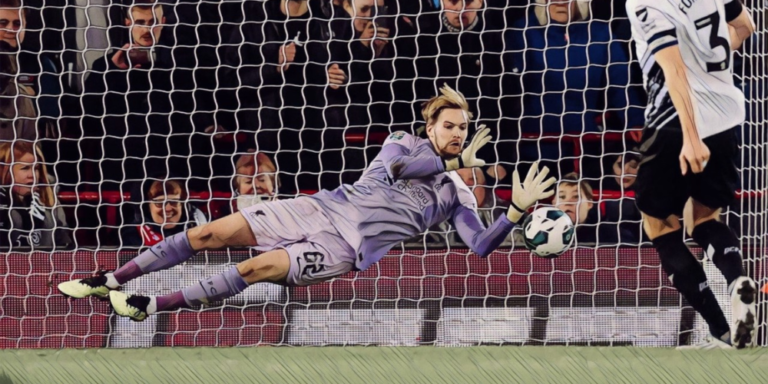 Liverpool progressed to the Carabao Cup’s fourth round after a 3-2 win on penalties against the League One side, following a goalless draw on Merseyside.

Klopp made 11 changes from the team that won at Spurs last weekend, handing opportunities to a number of prospects. Layton Stewart made his senior debut, while five other players – including Calvin Ramsay and Alex Oxlade-Chamberlain – made their first starts of the campaign.

The holders progressed via a shootout, one which saw Kelleher set a new club record. Despite having made just 18 appearances for the Reds, the Ireland international has now won four shootouts, more than any other goalkeeper in Liverpool’s history, much to the delight of his manager.

“Wow! Let’s just talk about tonight, I can’t remember the others [saves in shootouts], but of course they were good as well,” Klopp said at his post match press conference. “Tonight they were three really good penalties, they all go in the corner, so it’s not like it’s a bad one and they mishit the ball or slip a little bit before they shoot. No, they were really good and he saved them anyway, so that’s massive.

“I think we never hold it back somehow and said Caoimh could not play – no, no, no, he is exceptional, he is absolutely exceptional. Had now not the best season so far because he came back from holiday and was injured and it took a really long time to get him back in training and back to speed. The goalkeeper coaches are just doing an incredible job, he is there and I am pretty sure he would say it exactly the same, he is their product. He does what they do with him and the goalie they developed is a modern goalie: calm as you like, can play football and on top of that can catch balls and kick the ball out in a really good manner and that’s really good. I am over the moon for him that he could have these situations and when you see him, this very grounded boy, he barely smiles but when he smiles you know it means a lot to him so, really cool.

“He has still a lot of goalkeeper years to come so if he could keep that record it would be exceptional and they would be completely insane numbers. So, he did really well.”

Klopp was pleased with the overall performance of his side, one which contained four teenagers and the 20-year-old Stewart and Fabio Carvalho.

The German discussed the balance in securing progress and providing opportunities to his fringe stars and was delighted that his inexperienced team managed to reach the next round.

“I liked it, I liked it again,” he said on his side’s performance. “It is the most difficult thing in football if you are put in a team together and you face an opponent who is deep defending, [has] a lot of legs, counter-attacking, long ball, set-pieces, all these kind of things.

“We obviously didn’t have a lot of time to prepare the game but we could at least train once because with this team, that’s why we changed. That’s what I said last year – people always don’t like it when you get knocked out and it’s like, ‘[The team was] Very young, you don’t take the competition serious.’ Was never true but we have to do two things: make sure we don’t risk anybody, that’s very important, and the other thing is that we really love to give the boys the opportunity. So you can now imagine, even if we lose the game tonight in a penalty shootout, if the people wouldn’t have seen Stefan, Bobby, Ben, Mel, Layton, Fabio is only a little bit older, if at all, Calvin of course, and then Harvey comes on so there were eight or nine really young boys and it’s so nice to see them, that you can give them the opportunity to play real man’s football against a team who wanted to get through obviously.

“We all know, I am pretty sure, I didn’t ask anybody, for Derby these games would have been really important money-wise, another round, maybe another big Premier League team away or at Derby where they would fill the stadium themselves. And then to get through, it’s just a great experience.”