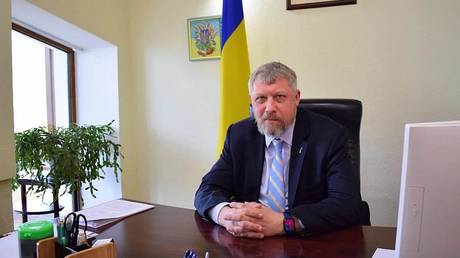 Remarks made this week by the Ukrainian envoy about killing Russians are completely “unacceptable,” the Assembly of the People of Kazakhstan (APK) has said.

Pyotr Vrublevsky, the Ukrainian ambassador to the Central Asian country, told a local blogger in an interview about the Ukraine conflict on Monday: “We are trying to kill as many [Russians] as possible. The more Russians we kill now, the fewer our children will have to.”

“In our country, where peace and unity are the key principles of state policy and societal consolidation, such statements are unacceptable and inappropriate, no matter who makes them,” the APK, an advisory body to the president of Kazakhstan, said in a statement on its website on Tuesday.

“Diplomacy must serve the ideals of peace and cooperation, not hatred and animosity.”

“The language of animosity is foreign to us,” the APK said, adding that “the propaganda of ethnic hatred is unacceptable in any form.”

The Ukrainian diplomat’s words sparked outrage in Russia and among the Russian community in Kazakhstan. Russian Foreign Ministry spokeswoman Maria Zakharova wrote on Telegram that “only an ambassador of a terrorist regime can say such things.”

Russia sent troops into Ukraine on February 24, citing Kiev’s failure to implement the Minsk agreements, designed to give the regions of Donetsk and Lugansk special status within the Ukrainian state. The protocols, brokered by Germany and France, were first signed in 2014. Former Ukrainian President Pyotr Poroshenko has since admitted that Kiev’s main goal was to use the ceasefire to buy time and “create powerful armed forces.”

In February 2022, the Kremlin recognized the Donbass republics as independent states and demanded that Ukraine officially declare itself a neutral country that will never join any Western military bloc. Kiev insists the Russian offensive was completely unprovoked.