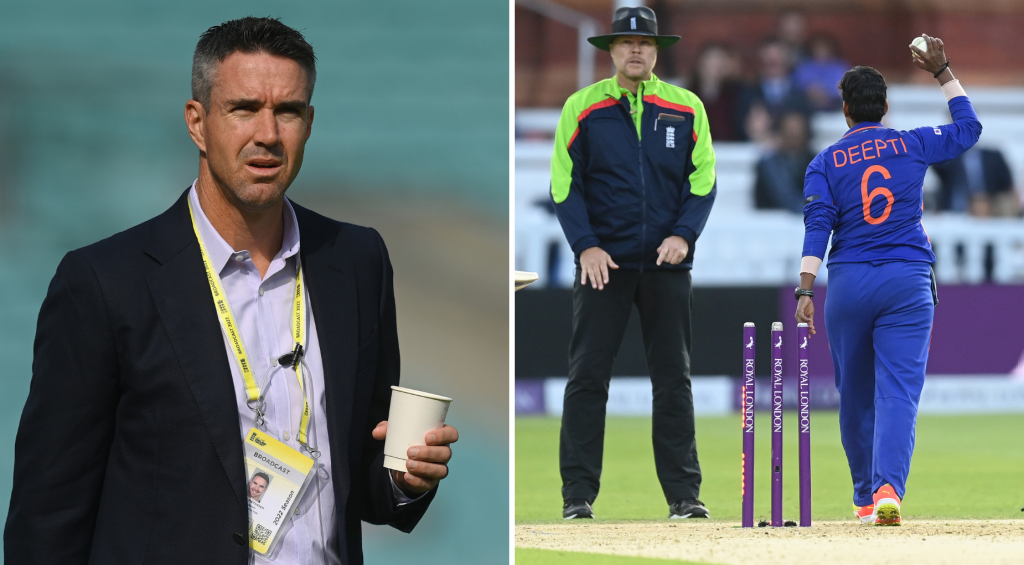 Kevin Pietersen believes that teams should “go looking” for non-striker run outs as the controversial mode of dismissal can “win you the game”.

Earlier this year the MCC announced that the law regarding the running out of a non-striker who was backing up too far would be moved from the ‘Unfair Play’ section of the rules to the ‘Run Out’ section, something the ICC then followed. Previously, the dismissal had been in the former section because leaving the crease early is considered unfair, but it is hoped the move will normalise the dismissal method.

Formerly dubbed a ‘Mankad’ after the India all-rounder Vinoo Mankad, the mode of dismissal is the subject of regular debate as to whether the act is sporting or not and re-entered the conversation when Deepti Sharma ran out Charlie Dean at Lord’s to win an ODI for India in September. The incident cause furore, with England men’s fast bowler James Anderson calling India “snide” and England women’s captain Heather Knight accusing Deepti of lying after Deepti claimed Dean had been warned.

Pietersen has now made clear which side he is on.

“The ICC has changed the rules so the Mankad is now a run out,” Pietersen wrote for Betway. ”And I think that’s changed the dynamic of the dismissal. It’s a run out, it’s a mode of dismissal. Go looking for it. It can win you a game.”

Pietersen himself used to be against the dismissal, but believes it can no longer be associated with controversy as it is officially a legitimate way to attempt to take a wicket. Pietersen also tweeted to such an extent saying that “it’ll take time for us all to accept this, but it can’t be a controversy anymore.”

“Previously, there’s absolutely no way that I could stand for it, unless you had given somebody a couple of warnings,” he said.

“There are a couple of guys that back up to the extreme, and it’s those fine margins that can win you games of sport in high level competition. Now that it’s a mode of dismissal, everybody knows the rules, and it’s not just one team against the other.”

The post Kevin Pietersen: Teams should go looking for non-striker run outs – it can win you a game appeared first on Wisden.