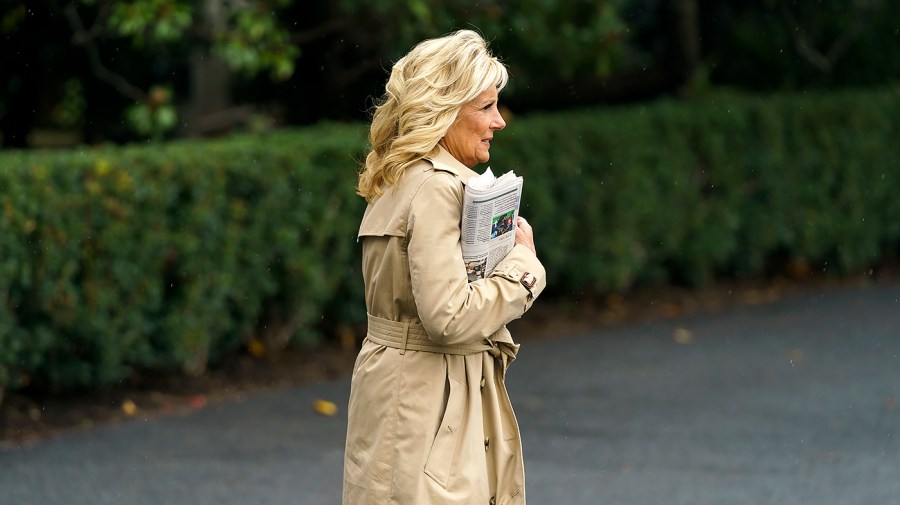 First Lady Jill Biden reflected on media scrutiny of her husband’s administration during a rare interview with Newsmax that aired on Monday evening.

Biden sat down with Newsmax’s Nancy Brinker, a longtime friend of the first couple who founded breast cancer organization Susan G. Komen for the Cure, to tout the Biden administration’s Cancer Moonshot initiative as a unifying issue amid a divisive political climate.

“As first lady, how do you deal with the intensity of all the media?” Brinker asked Biden. “Because every other day, you’re probably with a new set of issues and everything, and has that been interesting?”

“I don’t know, I guess you learn to sort of take it in your stride,” she continued. “You have to, you can’t be affected by the negativity, and a lot of it. People just need to get rid of a lot of their anger.”

Biden went on to stress how she believes Americans are still held together by their values despite their contentious ideological disagreements.

“Come together,” Biden said. “It’s all about kindness. Even if someone doesn’t agree with you, if you can just talk to them civilly and hear their point of view, maybe you will never agree, but just acts of kindness toward your fellow Americans.”

Throughout the interview, Biden and Brinker stressed how the administration’s cancer work can bridge the partisan divide, encouraging Americans to catch up on cancer screenings they may have missed during the pandemic.

“We have to create awareness, we have to work together,” Biden said. “Nancy, cancer is one of these issues. It’s not a red issue or a blue issue. Cancer affects every American family.”

The interview itself marked a rare showing of a Biden being interviewed on the conservative news outlet. Newsmax emerged following the 2020 presidential election as the cable channel of choice for the staunchest supporters of former President Trump.

Biden filmed the interview with Newsmax on Saturday in Florida as she traveled to the Sunshine State to promote the Cancer Moonshot initiative and campaign for Democratic candidates. The interview also coincided with Breast Cancer Awareness Month.

The first lady told Brinker that her advocacy extends back to 1993, when four of Biden’s friends were diagnosed with breast cancer. One of those friends died, while the other three survived.

The first couple began the Cancer Moonshot initiative during Joe Biden’s tenure as vice president. The then-vice president’s son, Beau Biden, passed away in May 2015 from glioblastoma, an aggressive form of brain cancer.

The initiative includes a goal to decrease the death rate from cancer by 50 percent over the next 25 years by marshaling federal resources to speed up research and improve prevention efforts.

“Cancer is such a terrible disease, but it is unifying people,” Biden said. “They’re all coming together to say, yes, let’s work with one another. And let’s reduce the incidence of cancer as we know it and change the face of cancer.”