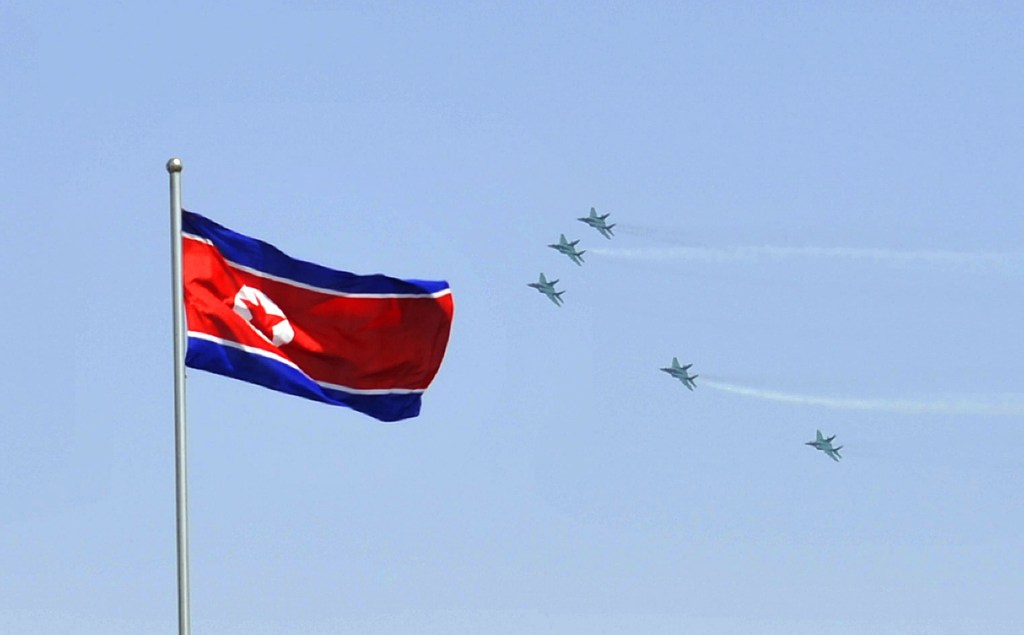 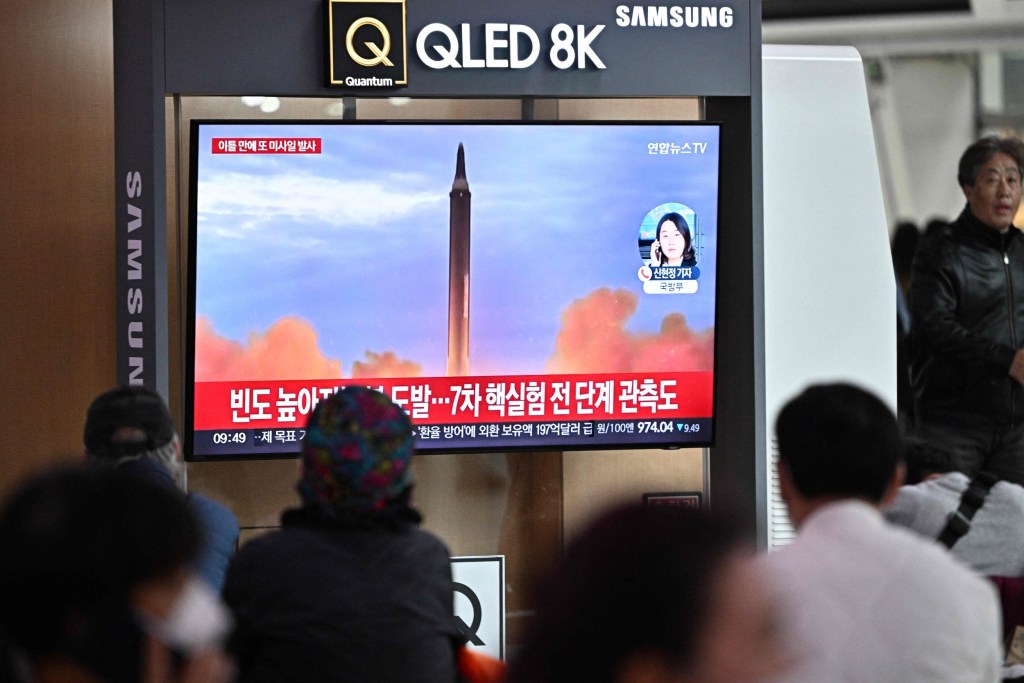 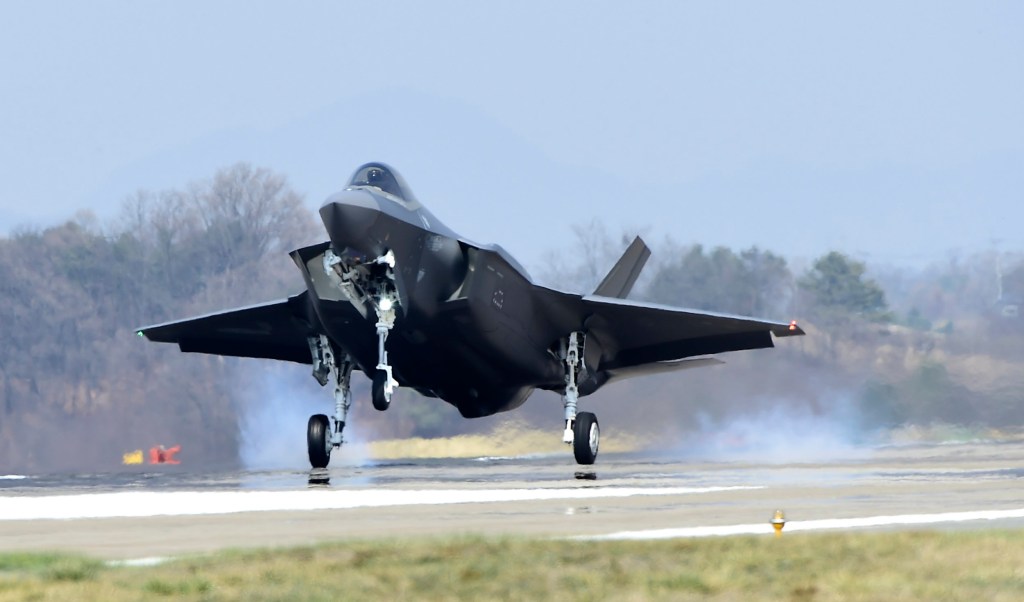 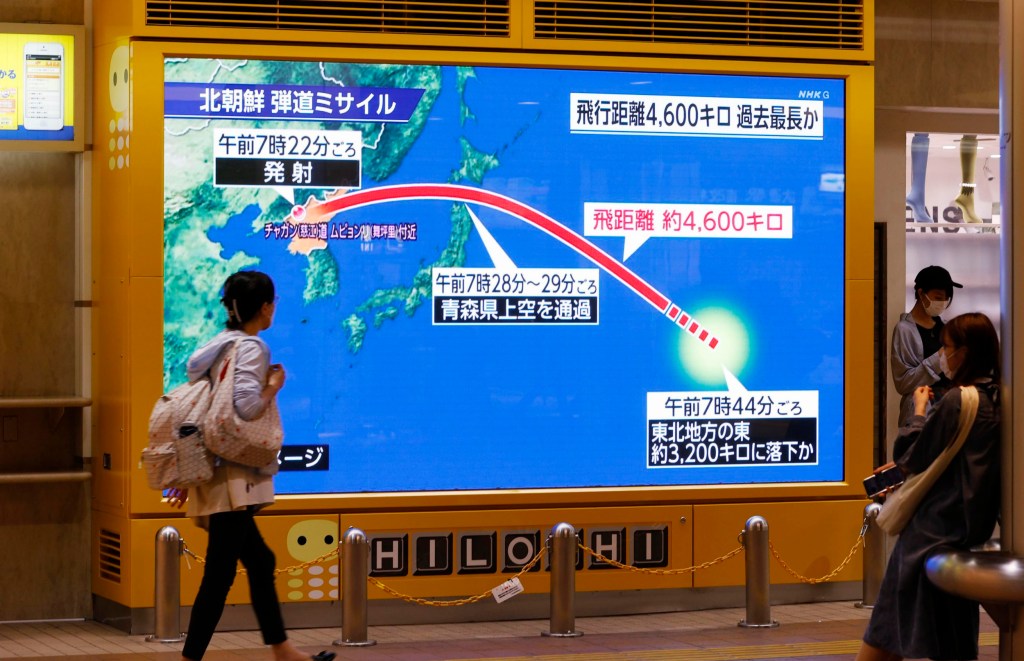 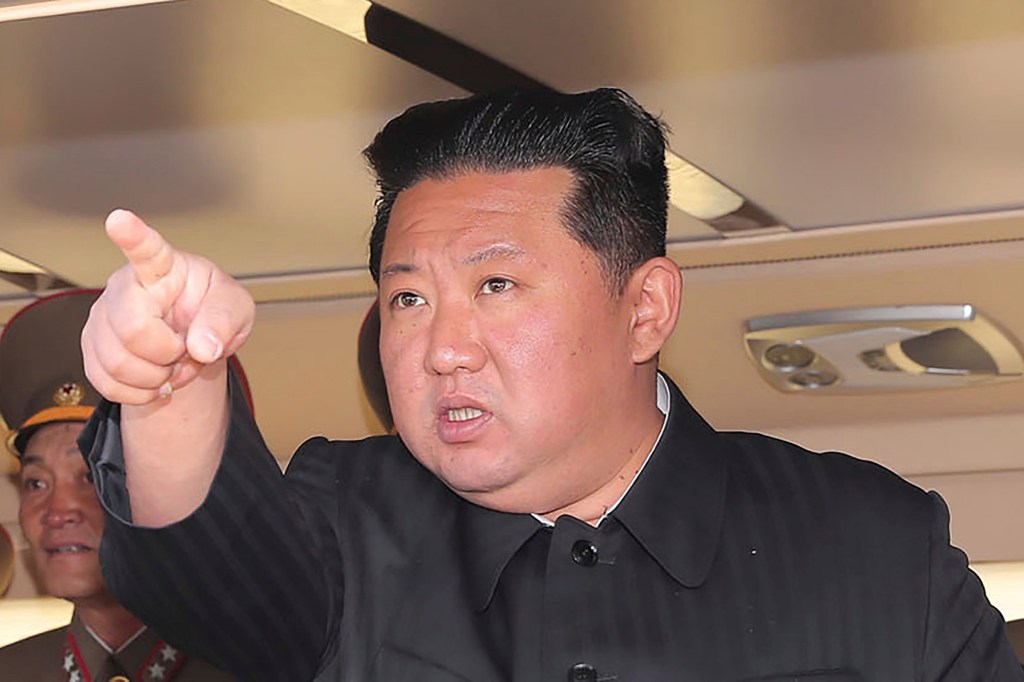 In response, South Korea scrambled 30 military planes to fend off the threat.

Kim Jong Un has ramped up missile testing in recent weeks, in response to US-led naval drills being held in close proximity to his country.

Just last night, South Korea confirmed it had detected a launch towards its eastern waters, the sixth in just 12 days.

Missiles were launched 22 minutes apart and landed between the Korean Peninsula and Japan, South Korea’s Joint Chiefs of Staff said in a statement.

It came 48 hours after Pyongyang launched an intermediate-range missile over Japan for the first time in five years.

People in the northerly island of Hokkaido and the north-eastern Aomori prefecture were woken to the sound of air raid sirens as the Government alerted thousands to the launch.

Authorities issued what is thought to be the first evacuation alert in five years and temporarily suspended trains.

Many experts say North Korea’s goal is to eventually win US recognition as a legitimate nuclear state.

Kim wants sanctions lifted, which America and its allies have shown no sign of agreeing to.

In response to this week’s developments, South Korea’s military said it has also boosted its ‘surveillance posture’.

The US Indo Pacific Command said recent launches did not pose an immediate threat to the United States or its allies, but still highlighted the ‘destabilising impact’ of North Korea’s nuclear and ballistic missile programmes.

Pyongyang has fired more than 40 ballistic and cruise missiles over more than 20 launch events this year, using the stalled diplomacy with the United States and Russia’s war on Ukraine as a window to speed up arms development.

This is a breaking news story, more to follow soon… Check back shortly for further updates.