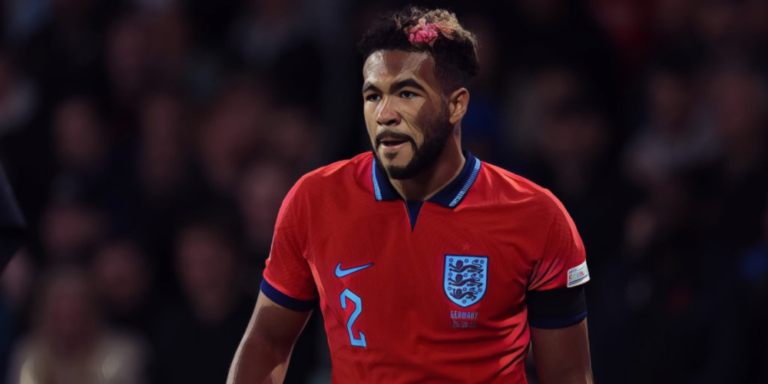 Reece James is set to miss the World Cup with Gareth Southgate set to decide against the gamble of taking the Chelsea defender.

James has not featured since sustaining a knee injury against AC Milan in October and is currently recovering from the issue which is expected to keep the right-back sidelined for at least three more weeks.

If included in the England squad, James could have been in contention to feature for the Three Lions in the knockout rounds should Southgate’s side progress.

However, the Times are reporting that Southgate is unwilling to gamble on the fitness of James, who will not be included when the England squad is named on Thursday.

Right-back has been a position of strength for England, but Manchester City’s Kyle Walker is also in a race to prove his fitness having not featured at club level since October 6.

Walker has been a key figure during Southgate’s tenure and was a regular during the last two major tournaments, though Newcastle’s Kieran Trippier is expected to start England’s first game against Iran on November 21.

Southgate will name his final 26-man squad for the tournament on Thursday at 2pm.

The post James set to miss out on World Cup as Southgate decides against fitness gamble first appeared on The Football Faithful.