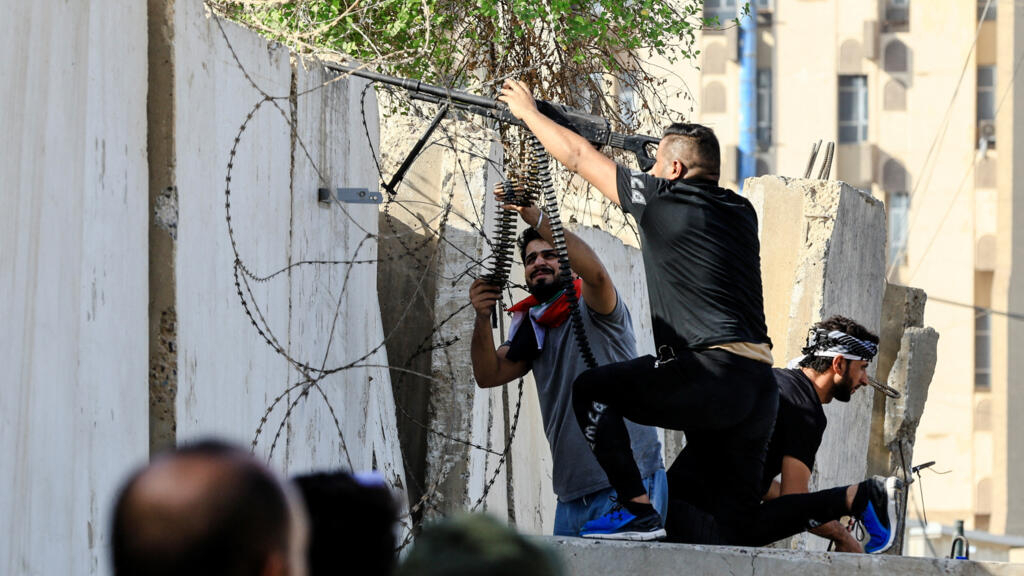 Fighting between rival Iraqi forces raged for a second day Tuesday as the death toll from violence sparked by Iraqi cleric Moqtada al-Sadr’s resignation from politics mounted to 23, according to medical sources. The violence prompted Iran to close its air and land borders with Iraq just as millions of Iranians were preparing for an annual pilgrimage to Shiite sites.