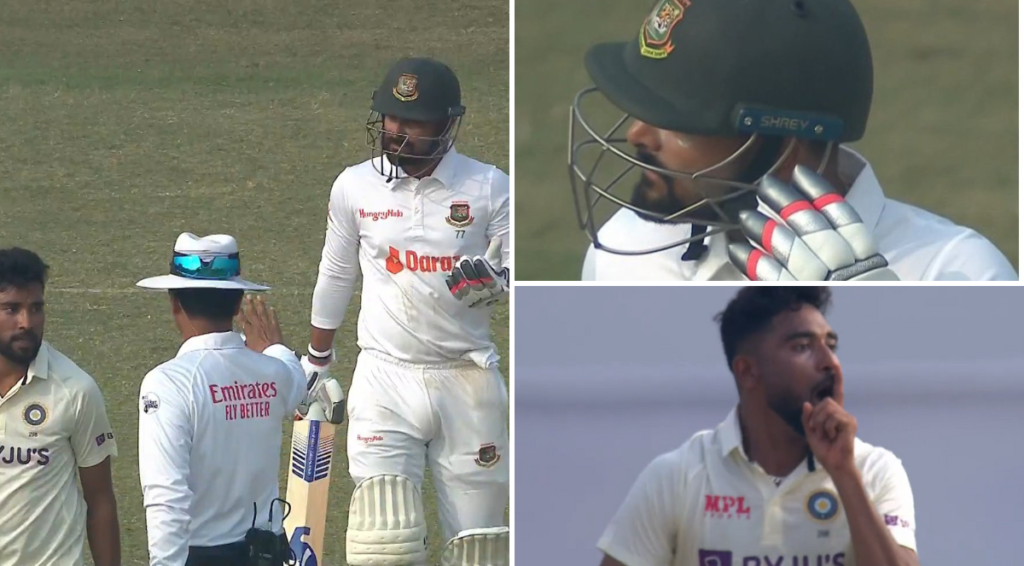 A dramatic passage of play in the Bangladesh-India Chattogram Test saw Mohammad Siraj and Litton Das animatedly exchange gestures, culminating in Siraj claiming the wicket of Litton next ball and giving him a send-off.

The first ball of the 13th over of Bangladesh’s innings saw Litton defend back to Siraj. The bowler had a few words to say to Litton, who walked towards Siraj with a hand on ear gesture, as if to say “I can’t hear you”. Umpire Sharfuddoula stopped Litton in his tracks to ensure the incident didn’t stretch further.

Next ball, Siraj had the perfect riposte. Rolling his fingers over the seam, he angled a delivery into Litton, who under-edged it onto his stumps. Siraj celebrated with a finger on his lips, before spotting teammate Virat Kohli mimic Litton’s hand-on-ear gesture, and proceeded to do the same.

“That’s how you come back after that kind of interaction,” said Sanjay Manjrekar on air, comparing it to the Australian team’s famed tactic of “mental disintegration”.

A pumped-up Siraj, who claimed Najmul Hossain Shanto off the very first ball of the innings, proceeded to dismiss Litton and Zakir Hasan within the space of four overs. At the time of writing, his figures read: 9-1-14-3.

The post ‘I can’t hear you’ – Umpires intervene in heated Litton-Siraj argument, wicket and a send-off follows next ball appeared first on Wisden.