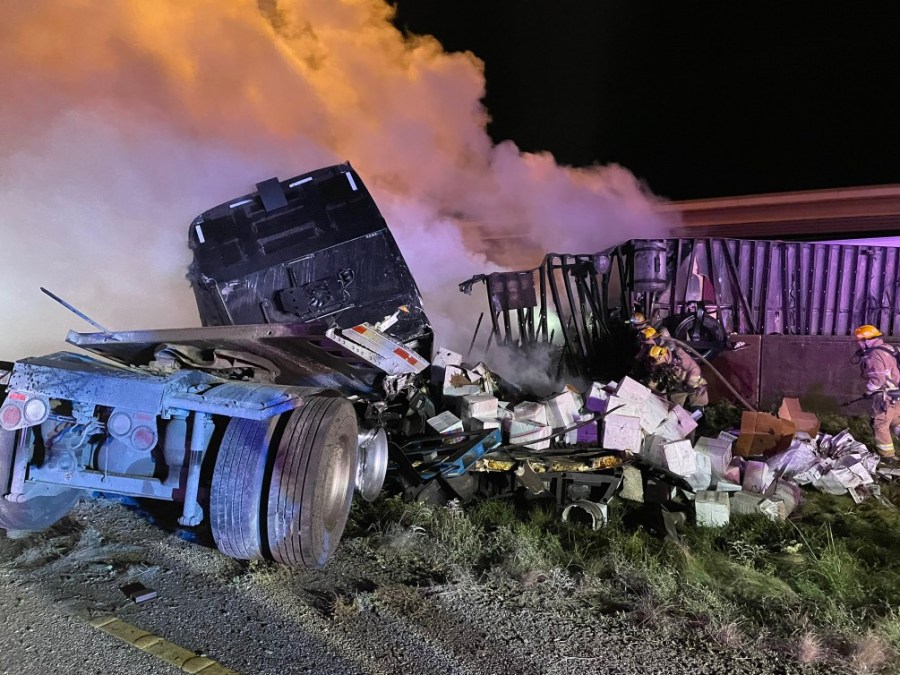 AUSTIN (KXAN) — Austin Police shut down all of the southbound and two of the northbound lanes of Interstate 35 early Tuesday morning after an 18-wheeler hit a median near Creedmoor.

Police say the crash happened around 1:15 a.m. as the tractor-trailer was heading south near FM 1327.

According to APD, the 18-wheeler caught fire but was put out and there was debris on both sides of the highway.

Austin Fire tweeted that Austin Travis County EMS crews took one person to the hospital with potentially serious injuries. Austin Police say the driver of the 18-wheeler was hurt in the crash.

AFD says crews with the Manchaca Fire Department were helping on the call.

APD did not know what the truck was carrying.

Austin Police say the traffic should reopen by 4 a.m. Tuesday.