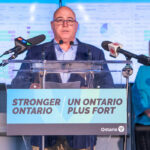 That money translated into $8.9 million after transaction costs. During the first nine months of 2022, cash allocations included payments of $2.4 million on lease liabilities, $2.3 million for finance costs, and investments of $2.9 million in intangible assets.

“It is very important to uphold the Medicare Protection Act, which is in place to preserve our publicly managed and fiscally sustainable health-care system for British Columbia,” said Health Minister Adrian Dix at a news conference on Thursday.

The hub, which will service Eastern Ontario, is designed to improve the coordination of surgical services between Ottawa Region hospitals. The hope is that some patients may be able to receive surgery more quickly at another hospital with greater capacity through the new software platform.

POWERED BY: ALBERTA INNOVATES
Digital health is a gamechanger, bringing the future to life, today.

In Alberta, we are combining our collective strengths to reimagine healthcare delivery while simultaneously creating new economic opportunities for our province. Together, we will build a bold culture ready to push boundaries, stretch our thinking and change the world.

Setback for B.C.’s AbCellera as FDA pulls U.S. authorization for its COVID-19 antibody (THE GLOBE AND MAIL)

The announcement Wednesday takes away authorization from the last COVID-19 monoclonal antibody treatment, leaving antiviral drugs from Pfizer, Merck and Gilead Sciences as treatments for the disease, as well as convalescent plasma for some patients. AstraZeneca’s antibody Evusheld is also authorized for protection against COVID-19 infection in some people.

General Catalyst has led a $67 million Series B round of financing for San Francisco-based Vial. The company, founded in 2020, has raised more than $100 million in total venture funding, said co-founder and Chief Executive Simon Burns.

“As miraculous as that may sound, we are confident that it is possible to restore full-body functionality to someone who has a severed spinal cord,” Elon Musk said at an event. Turning to Neuralink’s vision work, he said, “Even if they have never seen before, we are confident they could see.”

and 192nd on the Deloitte Technology Fast 500

Apoorva Mehta, a co-founder of Instacart Inc., is working on his next act after saying earlier this year that he would step down as executive chairman from the startup he built into a grocery delivery giant once it goes public.

The post H|T: The Healthtech Times – Is this the solution to Ontario’s surgical backlog? first appeared on BetaKit.