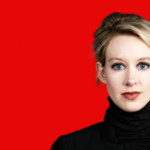 The sentence capped a yearslong saga that has captivated the public and ignited debates about Silicon Valley’s culture of hype and exaggeration. Ms. Holmes, who raised $945 million for Theranos and promised that the start-up would revolutionize health care with tests that required just a few drops of blood, was convicted in January of four counts of fraud for deceiving investors with those claims, which turned out not to be true.

POWERED BY: ALBERTA INNOVATES
Digital health is a gamechanger, bringing the future to life, today.

In Alberta, we are combining our collective strengths to reimagine healthcare delivery while simultaneously creating new economic opportunities for our province. Together, we will build a bold culture ready to push boundaries, stretch our thinking and change the world.

The company announced yesterday that it has raised a $90 million Series E led by General Catalyst, which just announced a $670 million healthcare focused fund over the summer. Other investors in the round include CVS Health Ventures, La Famiglia and Intermountain Ventures, as well as existing investors Sequoia, Oak HC/FT, Icon Ventures, Dragoneer Investment Group and Lux Capital.

Anders McKenzie, a partner and national leader for the Technology Fast 50 program at Deloitte Canada argued that the 2022 companies stand as a testament to how the Canadian tech sector is currently thriving.

“Despite unpredictable economic and global climates, tech companies from around the country are seizing new opportunities and meeting rapidly evolving market demands,” he said.

Amazon Clinic is initially launching in 32 states in the U.S. It does not work with health insurance and this point, and overall pricing will vary depending on providers, conditions and location.

The company would not disclose its current number of employees; however, a spokesperson said Monday that previous layoffs had trimmed the number to around 1,600 before this week’s reduction.

Sema4 said it determined that its reproductive-health business was unsustainable and couldn’t be restructured to allow for profitable growth and cash preservation, adding that efforts to sell the business as a going concern had failed.

The new platform is a “digital front door” for members, offered on the web and through the My Highmark app. It will help members with scheduling appointments, accessing primary care and urgent care, managing prescription drugs and other services. It will roll out in January.

Why More Sexual Wellness Startups Are Turned On By Retail (CRUNCHBASE)

The sexual health aisle at CVS is getting an update: Among condom boxes, pregnancy tests and vaginal hygiene products sitting in packaging that hasn’t been updated since the early ’90s is something fresh; bright bottles of lubricants with cheeky names like Tush Cush or So-Low Lotion.

There were 150 people at this meeting, and its organizers told me that 120 of them were investors with millions or even billions of dollars at their disposal—and at least a million dollars ready to pump into a longevity project. Plenty of would-be attendees were denied a $4,500 ticket because they didn’t meet this criterion, an event co-organizer tells me.

The post H|T: The Healthtech Times – Elizabeth Holmes is sentenced for fraud first appeared on BetaKit.