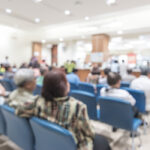 The Denver-based company provides at-home nursing services for patients who require more care or a higher degree of observation and intervention.

DispatchHealth partners with health systems, insurance companies and employers to offer families a long-term at-home care resource without jettisoning patients, especially those who are fragile or have limited mobility, in and out of hospitals and doctors offices.

HC9 Ventures launches with $83M fund, aiming to be ‘more than another name in a press release’ (MEDCITY NEWS)

A new venture capital firm named HC9 Ventures recently launched and announced the close of a $83 million fund. It is led by three healthcare industry veterans, and its more than 125 investors are “intentionally and only healthcare executives,” according to HC9 Co-Founder Richard Lungen.

The fresh infusion will be utilized to expand BeatO’s diabetes care programs across the country, invest in strengthening leadership team and also improve BeatO’s product and technology.

There’s an ‘arms race’ in health tech. Who could be the next M&A target? (FIERCE HEALTHCARE)

Major retailers are extending their reach deeper into the care continuum and it has major implications for how and where care is delivered and paid for, and by whom. CVS, Walgreens, Walmart and tech giant Amazon are ramping up their focus on providing medical services to gain bigger footholds in the healthcare market.

The funds will help the company help grow the company and deliver “ambient intelligence to healthcare.”

“The physical, emotional, and economic burden on our caregivers has never been more challenging. Processes remain manual and time-consuming, and care teams are bogged down with burdensome tasks and documentation – and unfortunately, clinicians and patients suffer the consequences,” Chakri Toleti, CEO and founder of care.ai, said in a statement.

Will sextech survive a tech crackdown and cost of living crisis? (SIFTED)

Sifted spoke to the experts about how the sextech industry is progressing in this environment — and what we can expect in the future.

We can now use cells from dead people to create new life. But who gets to decide? (MIT TECHNOLOGY REVIEW)

This is why it’s important to tell partners or parents whether you’d want your eggs, sperm or embryos to be used after you’ve died.