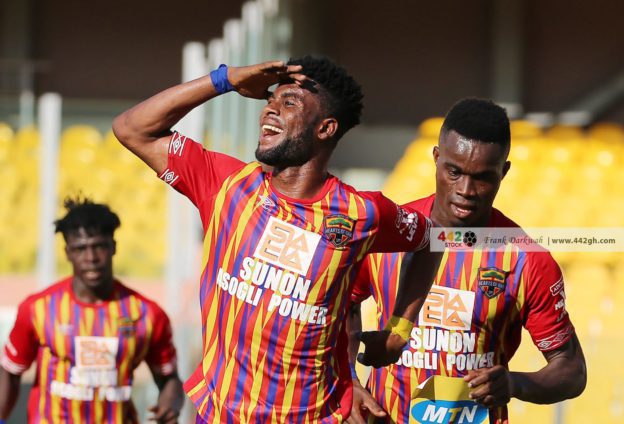 The situation between Daniel Afriyie Barnieh and Hearts of Oak is ugly and chaotic, and given how it’s rooted in emotion, there’s no telling what happens next between the two parties.Barnieh, 21, is on the brink of running down his contract at the club which expires on December 17, 2022.Hearts of Oak have been unable to reach an agreement with the player since holding down talks for the past 12 months.There are a lot of emotions involved after the club gave the forward his biggest career platform to excel in the past two years.The market value of the forward has skyrocketed since he made it to the 2022 FIFA World Cup in Qatar with Ghana.The love affair between the player and the club could turn sour if he leaves without the Accra giants earning absolutely nothing from his transfer.Afriyie Barnieh’s contract is set to run out on December 17 and the Ghanaian giants have realized they will not be able to hold onto the star player.

The Ghana international has rejected Hearts of Oak advances for a renewal after the club failed to reach a deal for the past 12 months.

Multiple reports in the Ghanaian media claim the talented forward has decided to run down his deal and leave for free this month.He has offers from across Europe, but it is believed he prefers a switch to the Norwegian Premier League, it has been claimed.The former Rahimo forward is the biggest name on the domestic scene having featured for Ghana’s Under-20, Under-23 and Black Galaxies.Conversations between the Accra club and the representatives of the Africa U20 Cup of Nations winner has hit a snag as he nears exit.If a deal is not reached in the next one week, the hugely talented forward will leave the club on a free transfer.Afriyie Barnieh has been the poster boy of the Phobians for the past two seasons, earning him a call-up to the country’s national teams from the Under-20, Olympic team, Black Galaxies and the Black Stars.Despite not featuring for the Black Stars as Ghana exited the 2022 FIFA World Cup in the group stage, the forward has received multiple offers from several stellar clubs in Europe.