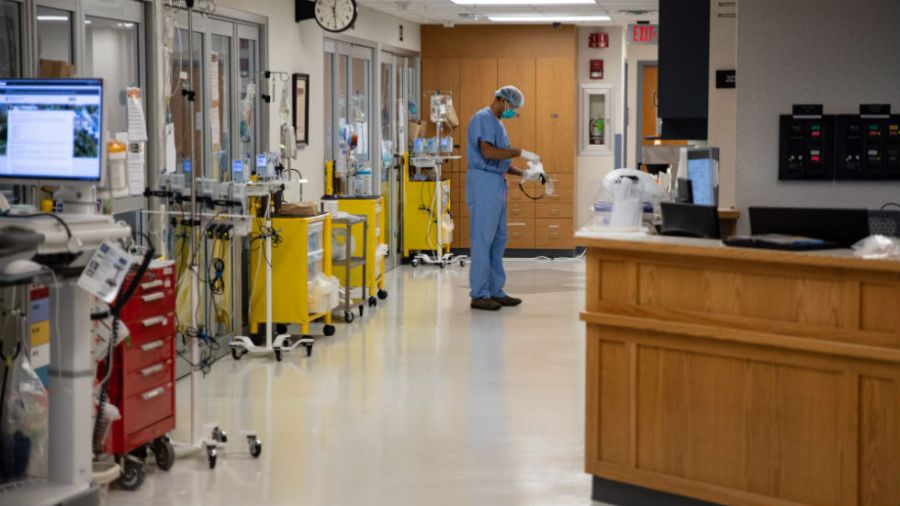 Happy Halloween! Send us your pictures of pets in costumes (even if they hate it).

In health news, Tuesday marks the start of ObamaCare’s 10th open enrollment period — and experts think it will be busy.

Welcome to Overnight Health Care, where we’re following the latest moves on policy and news affecting your health. For The Hill, we’re Nathaniel Weixel and Joseph Choi.

Millions of Americans will be able to start signing up for health insurance on Tuesday when ObamaCare’s 10th open enrollment period kicks off, as the Biden administration seeks to maintain record low uninsured numbers.

Premiums are increasing this year, but most consumers will largely be shielded from higher costs because Democrats in Congress passed a three-year extension of enhanced subsidies as part of the Inflation Reduction Act.

The Department of Health and Human Services said 4 out of 5 customers will be able to find plans for $10 or less per month after accounting for the subsidies. Enrollees should sign up by Dec. 15 in order to get coverage immediately starting in 2023.

Flashback: Last year, the $1.9 trillion coronavirus relief law boosted tax credits for low-income ObamaCare shoppers, and for the first time made them available to middle-income Americans as well.

The enhanced subsidies were set to expire at the end of the year, but Democrats were finally able to come to an agreement and include an extension into their social spending package that passed over the summer.

The Supreme Court on Monday let stand a ruling that allows the Transportation Security Administration (TSA) to require mask-wearing on planes, trains and other forms of transport.

California lawyer Jonathan Corbett had argued that the TSA did not have the authority to mandate masks on airlines and surface transportation, like buses and trains, when it did so during the COVID-19 pandemic.

The U.S. Court of Appeals for the D.C. Circuit found no merit in Corbett’s claim and affirmed the TSA did have the agency to maintain security and safety within the transportation system, including imposing the masking requirement.

The TSA stopped enforcing a mask mandate in April of this year after the Centers for Disease Control and Preventions’ mask mandate was struck down by a federal judge in Florida.

While travel has picked back up since plummeting during the early parts of the pandemic, levels have still not returned to what they were in 2019.

There are currently no states that are enforcing travel restrictions and most countries now allow international visitors to enter without a negative COVID-19 test or quarantine.

NEARLY HALF OF VOTERS BACK PRO-ABORTION RIGHTS CANDIDATES

Just under half of American voters in a new poll said they would support a candidate who wants to keep abortion legal, highlighting how significant the issue is on voters’ minds just over a week before midterm Election Day.

Abortion has weighed heavily on voters’ minds, taking higher priority with Democrats since the Supreme Court struck down Roe v. Wade in June. Now, abortion access could be impacted in various states based on the results of the upcoming election.

Centers for Disease Control and Prevention (CDC) Director Rochelle Walensky has tested positive for COVID-19 again after completing a round of the coronavirus antiviral treatment Paxlovid, the agency said.

“On Sunday, Dr. Walensky began to develop mild symptoms and has again tested positive. Consistent with CDC guidelines, she is isolating at home and will participate in her planned meetings virtually,” the agency said.

Déjà vu: This apparent case of Paxlovid rebound is not surprising. White House chief medical adviser Anthony Fauci and President Biden both tested positive for COVID-19 again following a round of Paxlovid.

A similar phenomenon has been observed in the Merck and Ridgeback coronavirus antiviral molnupiravir. COVID-19 rebound can also occur when antivirals are not administered.

When a rebound in COVID-19 symptoms after antiviral treatments was first observed, it was hypothesized that it was due to insufficient exposure to the medicine.

This hypothesis led some stakeholders to suggest courses of antivirals to last longer than the five days that are currently authorized by the CDC.

Maryland Gov. Larry Hogan (R) announced on Monday that he has tested positive for COVID-19.

“Just wanted to let Marylanders know that after testing positive for COVID-19, I am working from home,” Hogan wrote in a tweet.

“Fortunately, I’m up to date on my boosters and my symptoms are minimal,” added Hogan, whose second term as Maryland’s governor is coming to an end in January.

Repeat infection: Hogan, who has been mentioned as a potential 2024 presidential candidate and is a frequent critic of former President Trump, tested positive for the virus in a breakthrough case last year.

That’s it for today, thanks for reading. Check out The Hill’s Health Care page for the latest news and coverage. See you tomorrow!

Paxlovid Has Been Free So Far. Next Year, Sticker Shock Awaits.