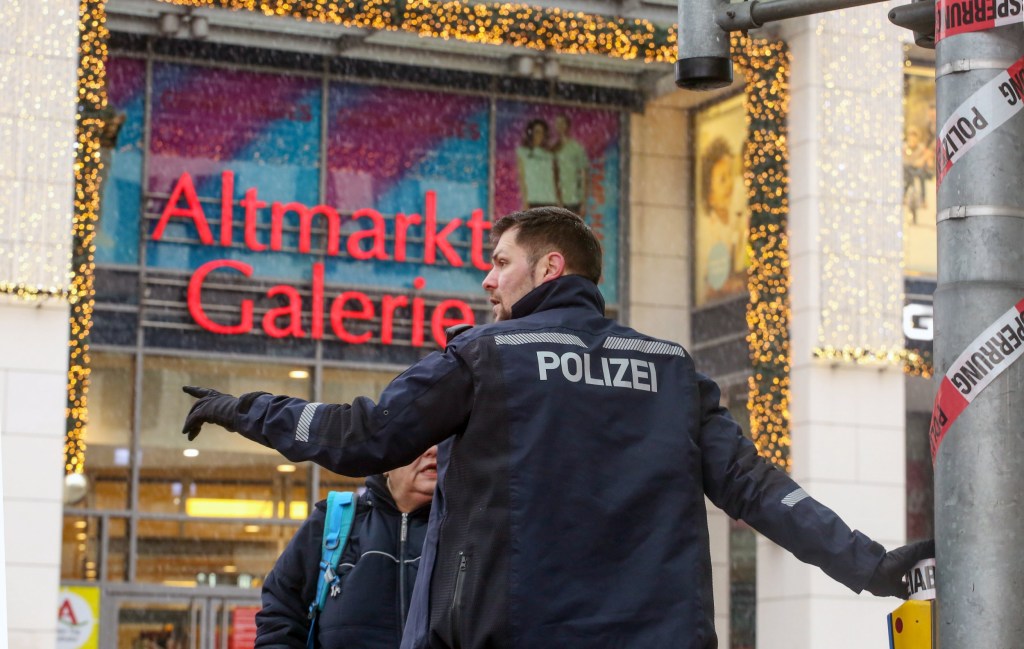 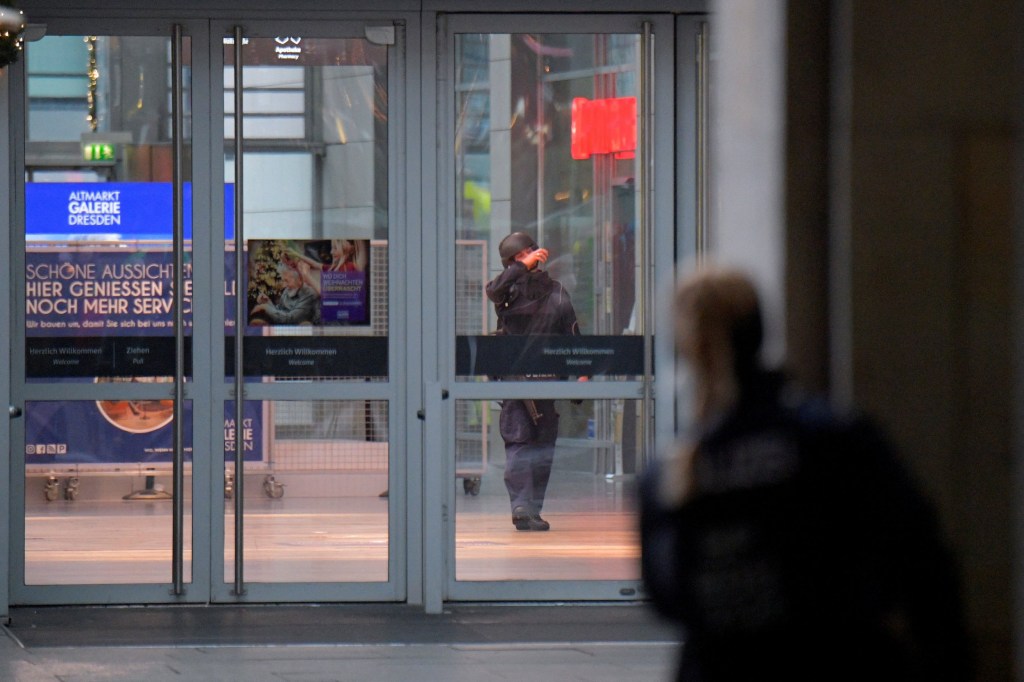 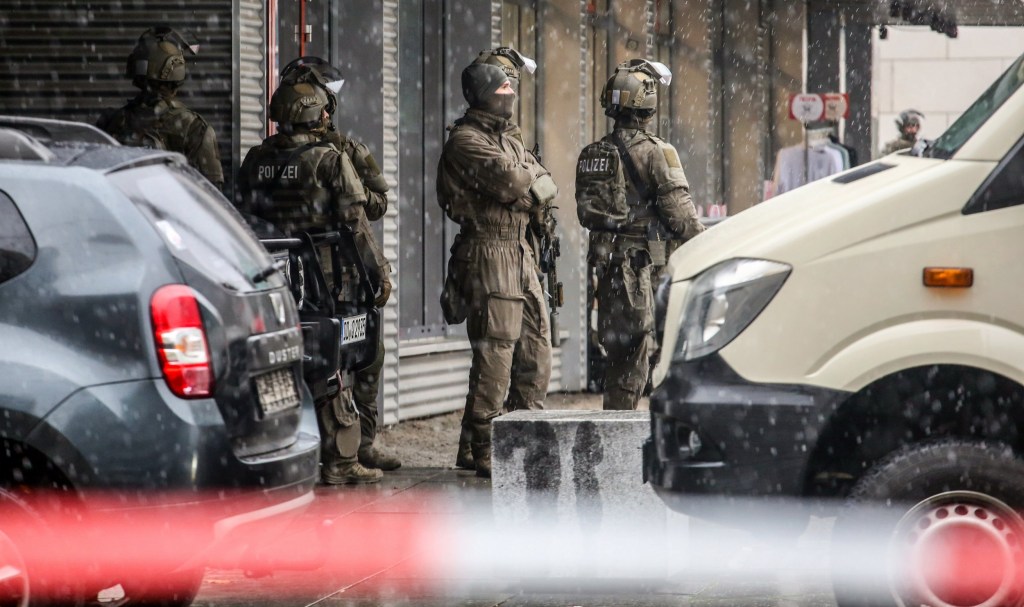 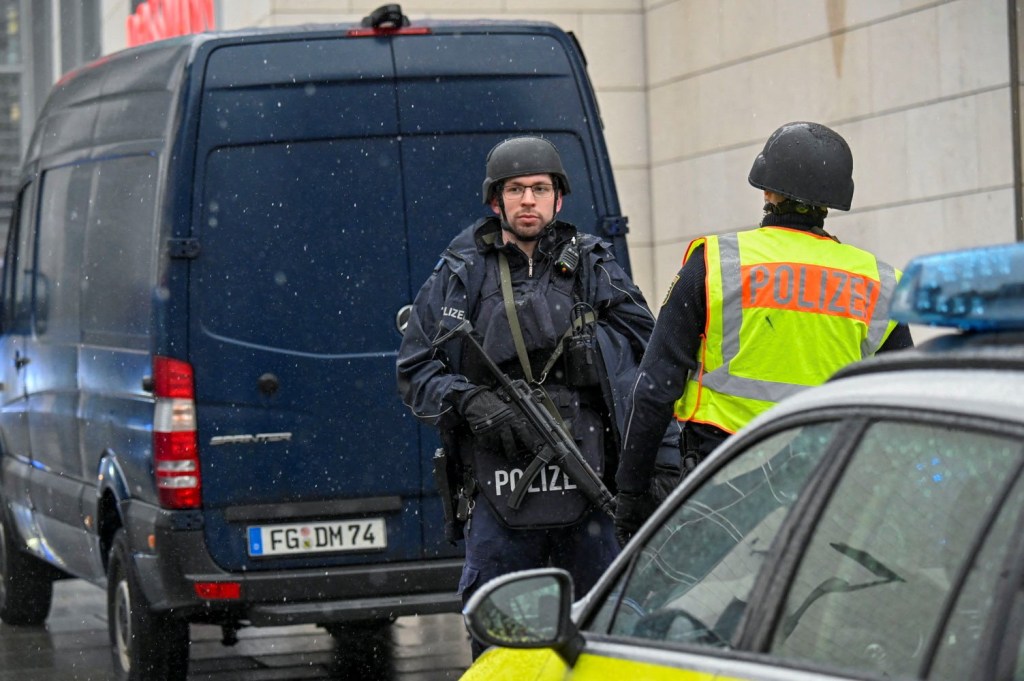 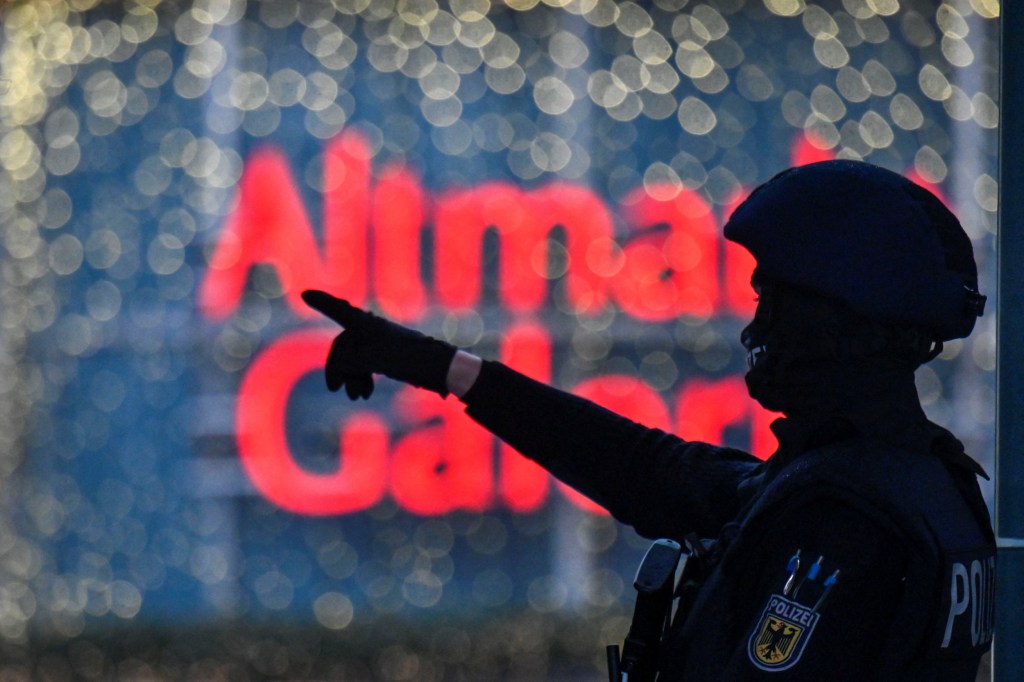 German police have ended an hours-long hostage situation after an armed man killed his mother and stormed a Dresden shopping mall today.

Saxony State Police this morning shut down Altmarkt-Galerie, one of the most popular shopping malls in Dresden, and the Striezelmarkt Christmas market.

Members of the force’s tactical unit, the Spezialeinsatzkommando, or Special Task Force, had also been sent to the scene.

Less than 15 minutes later, the force said: ‘All clear! The hostage situation in Dresden is over!

‘Two people are in our care, apparently unarmed.’

It was not immediately clear whether the suspect has been arrested.

Saying there is no longer a ‘dangerous situation’, state police said the closure of the city centre has been lifted, though Altmarkt-Galerie remains shuttered.

Police separately confirmed that the body of a 62-year-old woman was found in an apartment in the Prohlis neighbourhood who was the mother of the suspect. 40.

Radio Dresden reported that a gunman had at around 8:30am local time tried to enter the Ammonhof office building, where the radio station is located.

He reportedly fired his weapon before heading to the Altmarkt-Galerie.

In a Twitter statement, Radio Dresden said its offices were not ‘stormed’ and that the perpetrator ‘killed his mother in Prohlis and probably wanted to be in the media.

‘He has now holed up in the Altmarkt-Galerie with a hostage’.

In an earlier statement, the station said a police spokesperson said: ‘The man is mentally ill.

‘Appropriate experts were therefore consulted. The man should be persuaded to give up voluntarily and end the situation.’