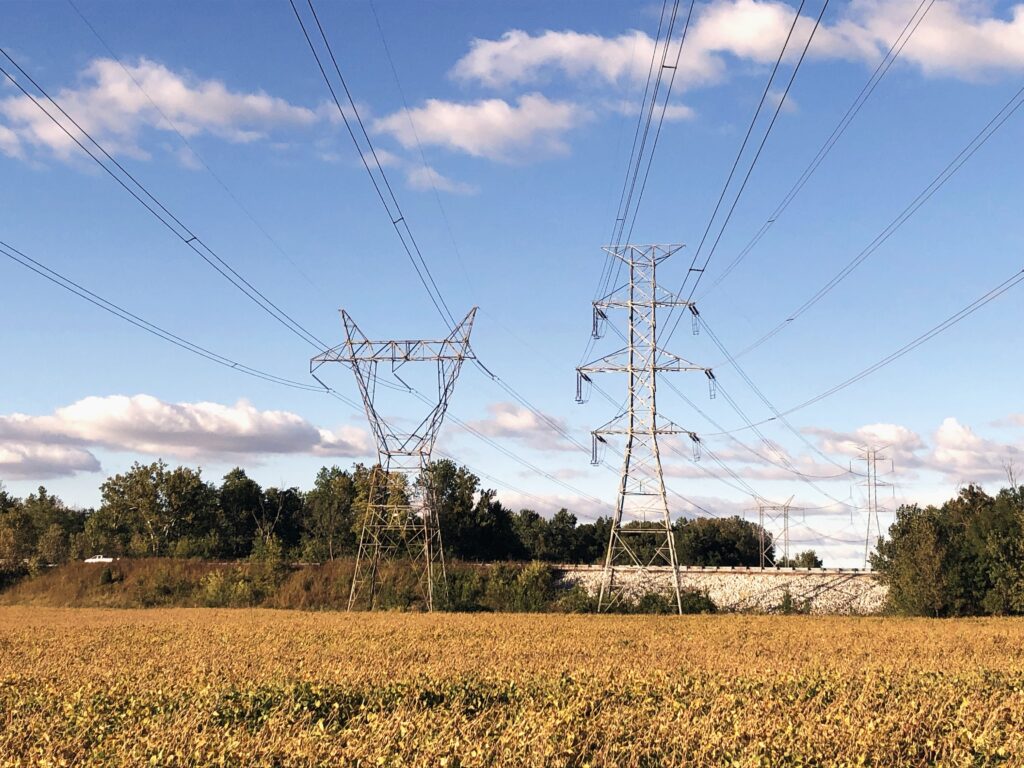 Georgia Power wants to raise average residential electric rates by 12% to support a $1 billion investment in its electric grid, transmission lines, and distribution system. Representatives of the state’s largest utility argued at Tuesday’s Georgia Public Service Commission hearing the steep investment will prepare it to meet the needs of the state’s growing population. Robert Zullo/States Newsroom

A co-founder of an Atlanta organization that mentors underserved youth urged Georgia Power executives and state regulators on Tuesday to consider the families who are dressing their children before sunrise before making a final decision regarding a steep hike in electricity rates.

State regulators are wrapping up a series of Georgia Power rate case hearings on Wednesday, and time is running out for all concerned to make their arguments before commissioners are set to vote by Dec. 20 on a case that affects the utilities 2.7 million customers in Georgia.

Georgia Power is proposing to hike its residential electricity rates by about $200 on the average household’s bill by 2025. The three-year incremental increase would begin next year with $14.32 added to the monthly bill before topping out at $16.

During Tuesday’s public comment portion of the Georgia Public Service Commission rate case hearing to consider, KaCey Venning, co-founder and executive director of Atlanta’s Helping Empower Youth, told the five-member panel that lack of access to basic water and electricity is tied to broader social ills, including a lack of affordable housing and inequities in education.

“Many of the older youth work multiple jobs because costs are rising and the income is not,” she said.

Georgia Power says the higher rates are needed to cover $1 billion to beef up an electric grid that will reduce power outages for customers and help keep up with the state’s growing population. The company is  also planning to invest heavily in transmission and distribution wire projects as it transitions from fossil fuels to renewable energy.

But the PSC staff disputed testimony for the clean energy and consumer groups over the need for ratepayers to pay the tab for long-term  investments in the grid and transmission and distribution lines when there is significant amount of financing that will become available in the next three years through the federal Inflation Reduction Act and other programs.

PSC staff and some intervenors in the case want the commission delay letting Georgia Power collect most of its rate hike next year as it is requesting, especially the looming tab in 2023 tied to the nuclear expansion at Plant Vogtle and for higher fuel costs.

He objected to the idea that shareholder earnings and capital structure caps could be lower, as well as a proposal for the company to come back every year for rate changes instead of the three-year cycle in place now. The PSC staff wants to limit Georgia Power to a 9.45% return on equity, down from the current target of 10.5%, while Georgia Power wants to increase earnings to 11%, which could net upwards of $90 million more for its shareholders.

Commissioner Lauren “Bubba” McDonald asked Georgia Power executives how changes in national policy and economic conditions could factor into some changes to the company’s financial projections since the initial case was filed in June. McDonald said that he is concerned about Georgia Power pushing for a significantly higher earning capacity using the claim that it will help the company maximize its efficiency.

“Does it take the carrot out there to make you operate and manage because there are businesses all over the state that have to make adjustments and they make it because they can’t meet the needs based on their income,” McDonald said.

Abramovitz said if the current plan isn’t approved, it would remove key customer benefits, such as predictable electric rates and revenue sharing. The PSC staff and other critics of its proposal disregard the fact that a global pandemic and increased costs for businesses and consumers since the 2019 rate case, he said.

The state regulatory agency’s attorney Dan Walsh said that Georgia Power agreed in its 2019 rate case to a step increase on rates, a gradual hike that starts low and increases over time.

Tuesday’s rate case hearing focused on Georgia Power’s plans to end a monthly solar pilot program that is limited to 5,000 customers. The company says non-solar customers are subsidizing the ones tying their solar power generation into the electrical grid.

David Hill, a consultant with Vermont-based Energy Futures Group, said that Georgia’s net metering program has been an early success and could grow more than five times before reaching the national average of 1.1% customers with distributed rooftop solar.

The company’s proposed changes would severely damage the growth in Georgia’s rooftop solar market, he said.

Glen Watkins, who leads an economic research and consulting firm, testified Tuesday on behalf of the PSC staff that the more appropriate course is for  Georgia Power to determine whats a fair amount to offer consumers who sell excess electricity back to the system.

“You’re trying to portray the aspect of the customers getting energy for free, no, they’re paying for the delivered portion and then they’re being compensated for what’s being delivered back into the system,” he said. “Now the $64,000 question is, is the amount that has been compensated for too high too low or just right?’

So far, Georgia Power has recovered hundreds of millions of dollars in coal ash cleanup costs from its customers and its executives have said it expects to ask the PSC to approve more cost-shifting to ratepayers next year.

Georgia Power is also asking for reimbursement for coal ash cleanup and intends to seek to recover fuel costs tied to skyrocketing natural gas prices in a volatile energy market. So far, Georgia Power has recovered hundreds of millions of dollars in coal ash cleanup costs and is at odds with environmental organizations about a cap-in-place method for the company’s plan to leave toxic ash sitting in groundwater instead of permanently sealing lined ash ponds.

In the meantime, customers are set to get billed next year as soon as the third nuclear generator at Plant Vogtle cranks up, and the company is expected to ask for another increase once the final unit is up and running.

Last month, Georgia Power marked a milestone in nuclear energy development for the expansion project that ballooned to a $34 billion budget-buster since construction started in 2009, double the cost from the initial projections.

With the first fuel loaded into the Vogtle unit generator this fall, Georgia Power marked a milestone in nuclear energy development. It was a rare bit of good news for a project state regulators considered shutting down a few years ago.