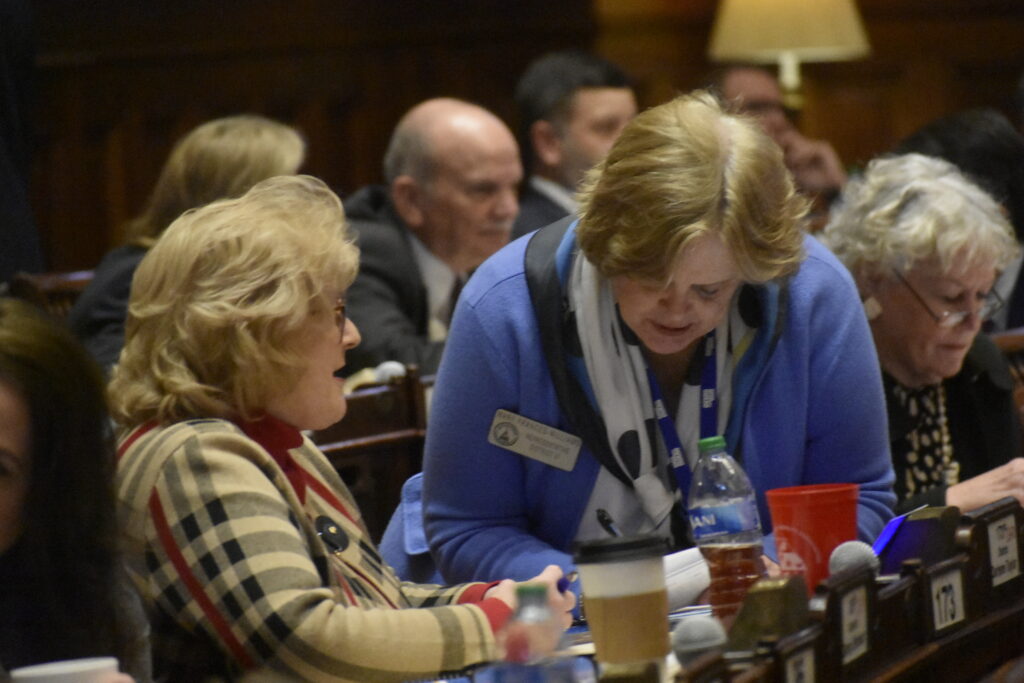 Rep. Darlene Taylor (left), a Thomasville Republican, convinced lawmakers on both sides of the aisle to support her proposed “Okefenokee Protection Act.” Rep. Mary Frances Williams (center), a Marietta Democrat, was one of them. Ross Williams/Georgia Recorder

While an Alabama-based company’s controversial mining proposal moves through the permitting process, a south Georgia Republican lawmaker is again attempting to head off any future attempt to mine an important site near the Okefenokee Swamp.

Taylor’s bill would not directly impact the company’s permit application that is already in the works, but if the measure passes, it is designed to block any future expansion plans and new mining proposals. Company officials declined to comment Tuesday on how the bill would impact their plans to mine Trail Ridge for titanium and zirconium.

“I have nothing against mining. Mining is very important. I have mines in my district. But the problem is where it’s located. It’s too big of a risk that we could lose too much,” Taylor said Monday. 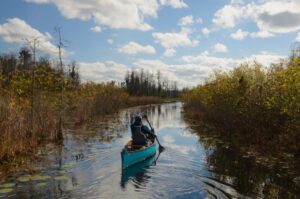 The largest blackwater swamp in North America, the Okefenokee National Wildlife Refuge is celebrated partly for the long list of plant and animal species – including gopher tortoises and indigo snakes – that call the swamp home. It’s also a popular tourist destination for paddlers, bird watchers and anyone looking for a little adventure outdoors.

The swamp is not, however, in Taylor’s district, and a bill seeking to protect the ecology of an area is well outside her usual legislative work, which typically involves health care. Taylor is the new chair of the budget subcommittee focused on the state’s health spending.

But even so, Taylor has become one of the swamp’s chief defenders at the statehouse.

That’s because this one is personal, and she wants others to be able to make the same connection to the swamp that she enjoyed as a child when her family would regularly visit the refuge. Taylor said she has fond memories of camping, swimming in the springs and observing the wildlife and the trees.

And as a Miami native, Taylor said she had a close-up view of the deterioration of the Florida Everglades, and she said she wants to protect the Okefenokee Swamp from a similar fate.

“There are some things that you just have to stand up for, and this is one. There’s precious and then there’s vital and precious, and that’s what this area is. It could ruin the whole ecosystem of south Georgia and north Florida in that area,” Taylor said.

She also questioned whether the project would even be the job-creating win for the rural area that proponents think it is, especially when it potentially threatens the local tourism industry associated with the swamp.

A similar bill, also filed by Taylor, went nowhere last year. The revamped bill narrows down the location where mining would be blocked. And as before, it would only apply to future permit applications submitted or amended after July 1. 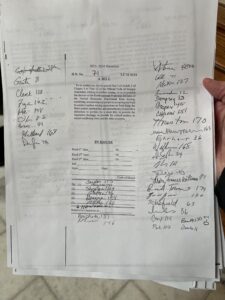 About three dozen lawmakers from both parties signed onto a House bill that would block future attempts to mine Trail Ridge at the Okefenokee Swamp. Jill Nolin/Georgia Recorder

Her efforts to convince colleagues to sign onto the measure this week yielded about three dozen signatures from lawmakers in both parties. State Rep. Buddy DeLoach, a Townsend Republican, was one of them.

DeLoach, who sits on the House Natural Resources and Environment Committee, said Tuesday that he backed Taylor’s bill because he likes the idea of there being another safeguard in place should the company be allowed to move forward with its plans.

“They may can do the mining without doing any damage, but we’ve got to do everything we can to be absolutely sure that it’s done that way,” he said. “We’re going to exhaust every effort to make sure we don’t damage that swamp.”

The bill has the backing of environmental advocates who oppose the mining project and warn that digging into Trail Ridge, which acts as a natural barrier for the swamp, could compromise the hydrology and threaten the ecosystem.

“The bill filed by Rep. Taylor today is the result of an impressive bipartisan effort to protect the wild heart of Georgia — the Okefenokee Swamp,” said Megan Desrosiers, president and CEO of One Hundred Miles.

Desrosiers said the Clean Water Coalition, which represents more than 280 businesses and non-governmental organizations, has flagged the protection of the swamp as a “high priority,” and the group supports the bill even if it doesn’t affect the current Twin Pines mining permit application under review.

“If that mine is permitted it’s likely to lead to additional mines on Trail Ridge. This would stop that expansion. So, it will lay the foundation for Trail Ridge to be protected and prevent further mining in this environmentally sensitive area,” Peck said.