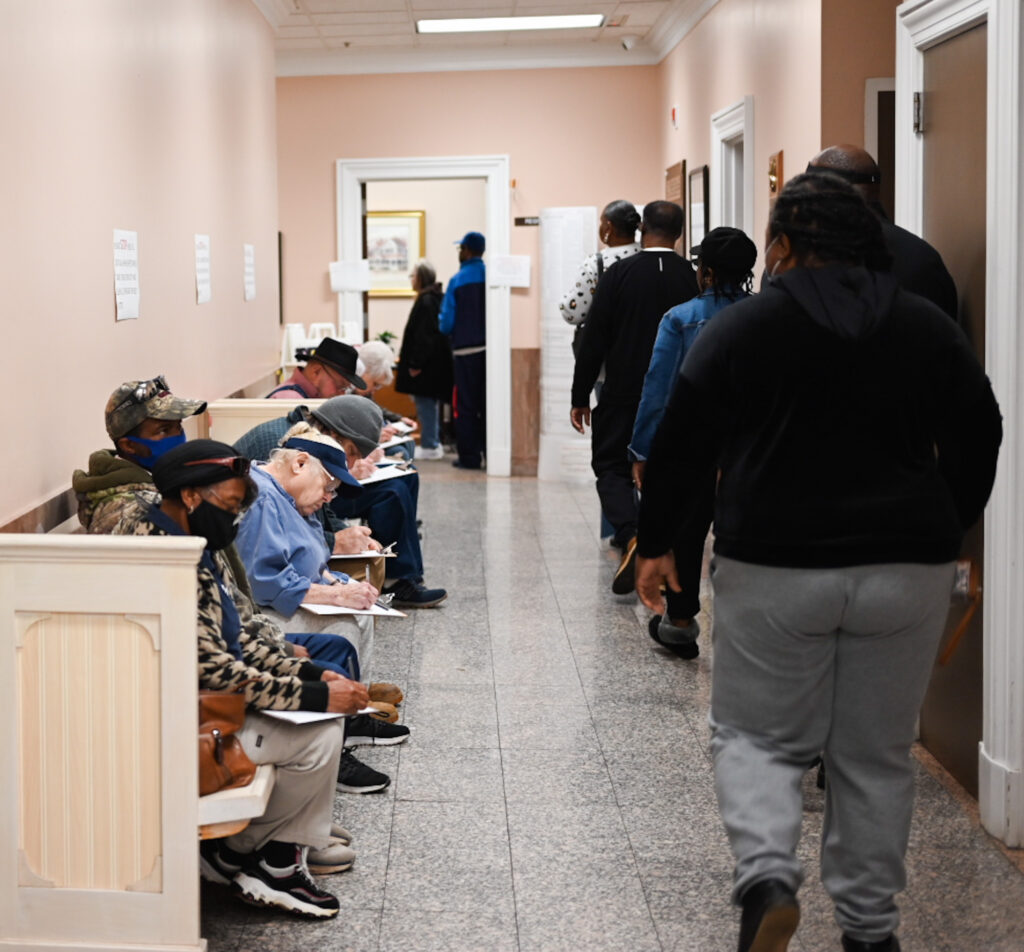 A large turnout is also expected at the polls Tuesday as Georgia voters have their last opportunity to settle a high-stakes election that is far outperforming turnout in runoffs in 2016 and 2018, but lags behind a pair of Senate runoffs in January 2021 when more than 1 million absentee ballot votes spurred Democratic challengers Warnock and Jon Ossoff to upsets over Republican Sens. Kelly Loeffler and David Perdue.

Some counties opened early voting sites a few days before Thanksgiving, but the numbers began to soar over the holiday weekend when the Georgia Supreme Court allowed voting on Saturday and continued through the week in Georgia’s 159 counties. Most polls suggest the race is a dead heat.

Under Georgia’s 2021 state election law, county officials were legally only required to offer one week of advanced voting for the runoff. In contrast, the 2021 U.S. Senate runoff was held two months after the general election, offering three weeks of early voting and many more opportunities to turn in absentee ballots.

While the early voting period for the Nov. 8 general election came off with few reports of long lines across Georgia, the abbreviated runoff window saw long lines at the polls in the heavily populated metro Atlanta area and other population centers in the state.

It took about 40 minutes on Friday before Clayton County apartment manager Bree Garrett could cast her vote for Warnock. She said it was worth the wait since Warnock will be an ally for the next six years as she worries about the direction of political policies and court cases heading into the presidential election in 2024.

“This (Nov. 8) didn’t go the way I wanted it to so that makes this runoff even more meaningful since it gives Rev. Warnock a full term and keeps someone in office who will protect my rights,” Garrett said.

The long waits to cast ballots during the Senate runoff also reignited the finger-pointing between Georgia’s Republican secretary of state officials, who claim that record turnout proved that the 2021 election law overhaul doesn’t make it harder to vote. Meanwhile, Democrats and voting rights organizations claim the long lines are a sign of voter suppression created by the Republican lawmakers’ election law overhaul that meant fewer days for voters to come out and made it harder to meet deadlines to vote by mail.

On Sunday, Aisha Yaqoob Mahmood, executive director of the Asian American Advocacy Fund, spent two hours in line at Rome’s recreation center, one of Floyd County’s two early voting sites that opened for a four hour block on the weekend.

It has been a hectic leadup to the runoff as Yaqoob Mahmood’s group mobilizes voters in support of Warnock, complicated by the condensed period and confusion caused by the state and national Republican Party unsuccessfully fighting to prevent counties from opening polls to Saturday advanced voting.

Still, she said that Asian-American voters are responding to the call to vote and is optimistic of replicating the Democrats’ success in the 2021 U.S. Senate runoff when Warnock and Ossoff were elected.

“Typically, Republican voters tend to show up on Election Day, and Democrats are lagging behind,” Yaqoob Mahmood said. “But because we’ve had such a shortened window for early voting, we know that our numbers will continue through Election Day. And we’ll make sure that we get everyone out to vote by Tuesday.”

Before heading to their designated polling place on Tuesday, Republican Secretary of State Brad Raffensperger suggests checking online for wait times. A number of counties post that information, including Cobb, Clayton, Forsyth, Richmond, Gwinnett, Fulton, and DeKalb. Georgians can find their designated precinct location and find other voting information on the Secretary of State’s My Voter Page.

“Georgia’s voting system is working well,” Raffensperger said. “While some Counties are seeing more voter turnout than they anticipated, most have found a way to manage voter wait-times, and I appreciate the election officials and workers across Georgia who are doing their level-best to accommodate our record turnout.” 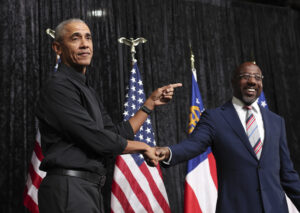 On Thursday night, Warnock and Walker wound down their bitter and expensive campaigns with large crowds attending rallies that featured prominent party figures.

Obama and the senator from South Carolina noted the significance of races, even if it no longer determines the balance of power in Congress. With Warnock’s victory, Democrats would hold 51 Senate seats, allowing them more leeway in close votes on legislation, and also prevent Republicans from securing a filibuster-proof majority in the next election cycle. 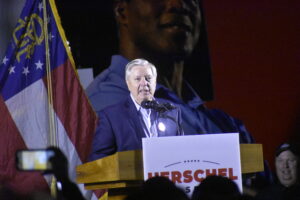 “If it’s 51-49, they have one more vote on every committee than us,” he said on Thursday.
“The bottom line is it really changes the structure of the Senate, but it’s not about 51 it’s about (Walker). They dropped $170 million on this guy’s head. This is the nastiest campaign I’ve seen in my entire life.”

Aside from some extended wait times, there are also issues cropping up again over absentee ballots and vote tabulation, both issues unresolved from the 2020 presidential election. There were rampant, unfounded allegations that massive voter fraud cost Republican Donald Trump the presidency to Joe Biden. The fallout led Georgia’s GOP lawmakers to reshape the election rules by tightening deadlines for absentee ballots, banning around-the-clock absentee drop boxes, and requiring more timely election results reporting.

Last week, the Southern Poverty Law Center and the American Civil Liberties Union of Georgia continued their legal fight against the Cobb County Board of Elections for failing to mail out ballots to more than 1,000 voters for the second time this election cycle.

This follows earlier legal action just one month ago when Cobb County had failed to send absentee ballots to voters for the general election.

In the Nov. 8 general election, Cobb extended the deadline to receive ballots until Nov. 14 after election officials said that procedural errors resulted in the count failing to send the vote-by-mail ballots. The civil rights organizations were asking a judge on Friday to require the county to extend the absentee deadline to Dec. 9, the same deadline as for military and overseas ballots, and for the county to deliver ballots to homebound voters and notify affected voters of the changes.

“For the second time in a matter of weeks, many Cobb County voters are on the verge of disenfranchisement because they have not yet received their absentee ballots,” said Rahul Garabadu, senior voting rights attorney at the ACLU of Georgia. “And again, we are seeing the effects of Georgia’s anti-voter law, SB 202, which shortened the runoff cycle by more than half. The law has hampered elections administrators’ ability to do their job, and burdened eligible voters’ access to the ballot box. We’re back in court today to make sure that voters who did everything right are able to make their voices heard during this election.”