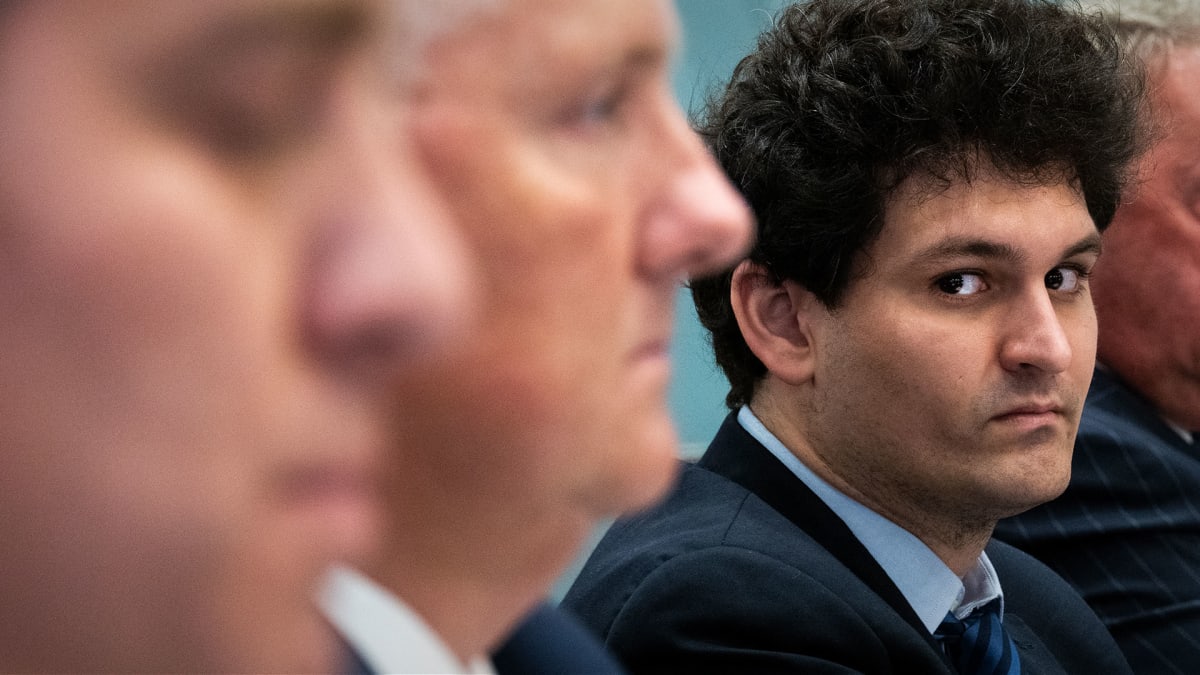 The 30-year-old former trader faces a series of criminal and civil charges in the bankruptcy of his crypto empire.

This is a huge blow for Sam Bankman-Fried, the fallen co-founder of FTX, the bankrupt cryptocurrency exchange.

The regulators' case accusing him of fraud and conspiracy to defraud FTX's clients and investors has strong support: the cooperation of two of his associates.

Zixiao (Gary) Wang, 29, former FTX co-founder and Chief Technology Officer, and Caroline Ellison, 28, the former CEO of Alameda Research, the hedge fund founded by Bankman-Fried, have pleaded guilty to federal charges in the Southern District of New York, according to court documents published on December 21.

Both of them agreed to provide the authorities all the information at their disposal to further assist in the investigation.

“The Office of the United States Attorney for the Southern District of New York will accept a guilty plea from Caroline Ellison,” federal prosecutors announced.

“As I said last week, this investigation is very much ongoing,” U.S. Attorney Damian Williams said in a prerecorded message.

“I also said that last’s week announcement would not be our last. And let me be clear, once again, neither is today’s,” the U.S. Attorney continued.

'Active Role in a Scheme'

The U.S. Securities and Exchange Commission, or SEC, also filed civil charges against Ellison and Wang “for their roles in a multiyear scheme to defraud equity investors in FTX.”

The regulator further alleges that, even as it became clear that Alameda and FTX could not make customers whole, Bankman-Fried, with the knowledge of Ellison and Wang, directed hundreds of millions of dollars more of FTX customer funds to Alameda.

“We further allege that Ms. Ellison and Mr. Wang played an active role in a scheme to misuse FTX customer assets to prop up Alameda and to post collateral for margin trading,” SEC Chair Gary Gensler said in the statement. “When FTT and the rest of the house of cards collapsed, Mr. Bankman-Fried, Ms. Ellison, and Mr. Wang left investors holding the bag.”

FTT was the cryptocurrency issued by FTX.

FTX's downfall started on November 6 when Changpeng Zhao, rival of Bankman-Fried and founder of the Binance cryptocurrency exchange, announced that his group would sell its FTT. The reason given by Zhao was that he had doubts about the balance sheet of Alameda.

The announcement, made on Twitter, caused a run on FTX by its customers, attempting to withdraw their funds in the form of cryptocurrencies. SBF said, on November 7, that the assets were “fine,” but it was too late.

On November 8, he announced that he had reached an agreement with Zhao to sell him his empire. But the next day, Zhao backtracked and abandoned the deal because the financial situation of FTX and Alameda was more precarious than expected.

SBF tried to find another savior, but ended up filing for Chapter 11 bankruptcy on November 11. He resigned and was replaced by John Ray, the liquidator of the energy broker Enron.

Since then, there have been startling revelations about the Bankman-Fried regime, which have been piling up from Ray, and especially from regulators who are trying to determine what caused the bankruptcy of FTX, which was still valued at $32 billion in February, in a matter of days.

On December 13, U.S. regulators — the Department of Justice, the SEC and the Commodity Futures Trading Commission or CFTC — filed a series of criminal and civil charges against the former trader.

Justice Department prosecutors filed eight criminal counts against Bankman-Fried, according to the indictment unsealed on December 13. Four of the charges, including conspiracy to commit wire fraud on customers and lenders and wire fraud, indicate that the alleged acts began as early as 2019. This is the year FTX was founded.

“Bankman-Fried was orchestrating a massive, yearslong fraud, diverting billions of dollars of the trading platform’s customer funds for his own personal benefit and to help grow his crypto empire,” the SEC alleges in its civil complaint.

Mark Cohen, an attorney for Bankman-Fried, said his client “is reviewing the charges with his legal team and considering all of his legal options.”

Bankman-Fried was arrested in the Bahamas, where he was living, on December 12 at the request of US authorities. He was extradited to the United States on December 21 after finally renouncing to challenge his extradition.