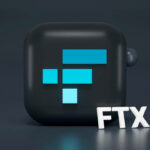 “This has likely set crypto back at least three years,” said Koleya Karringten, executive director of the Canadian Blockchain Consortium. “Institutional investors are going to have a very difficult time being willing to explore the industry. They won’t view this as an isolated incident…Everyone [will get] painted with the same brush.”

Meanwhile, Balance CEO George Bordianu said there should be “consequences” for investors who participated in FTX rounds.

The central bank has been in informal communication with Ant about the fine over the past few months, said three of the sources. It plans to hold more discussions with other regulators about Ant’s revamp later this year and announce the fine as soon as the second quarter of next year, said a source.

Miami-based Pipe said today it is on the hunt for a “veteran” CEO as Harry Hurst, who has been the face of the company since its 2019 inception, transitions from his role as co-CEO to vice chairman.

Jack Newton, Clio’s CEO and founder, previously told BetaKit that outdated paper invoices and payment processes caused lawyers difficulties when it came to billings and getting paid. At the same time, clients sometimes struggled when they had to pay in a lump sum, and, as well, could experience difficulties understanding fees.

Amid FTX fallout, Canadian companies keep faith in Gemini, the custodian holding their crypto (THE LOGIC)

Gemini, a licensed and regulated New York-based crypto custodian, is caught up in the contagion from the collapse of FTX. It holds digital assets for Wealthsimple and Coinberry, which say they have faith those assets won’t be caught up in the FTX fallout.

In an interview Thursday with Bloomberg Television’s Haslinda Amin, Zhao gave more details on the deals his Binance Holdings Ltd. is examining in the wake of rival FTX’s bankruptcy. Key to Zhao’s plan is a fund with co-investors aimed at backing promising crypto projects facing a liquidity squeeze.

“A substantial amount of assets have either been stolen or are missing,” said James Bromley, a partner at the law firm Sullivan & Cromwell who is representing FTX, at a bankruptcy hearing in federal court in Delaware.

Named as the winner of the AWS PitchFest, Yield Exchange beat out the other finalists who were Happly, LearnExperts, and Epipresto. Yield Exchange was selected from a group of top 10 finalists that pitched to The Firehood.

At 476 Indian rupees, Paytm’s shares are down over 77% from the IPO price of 2,150 ($26.3). The company, which was valued at $16 billion in a private round in 2016, currently has the market cap of $3.8 billion. Paytm raised more than $6 billion across private rounds and IPO (including secondary transactions).