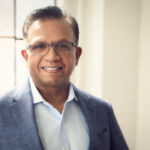 Buckzy founder and CEO Abdul Naushad told BetaKit in an interview that this capital will extend the startup’s runway by 12 months and help it reach cash flow breakeven by this time next year.

Kraken cuts 30% of staff to ‘weather crypto winter’ (THE BLOCK)

“We’re reducing our global workforce by approximately 1,100 people, or 30 percent, in order to adapt to current market conditions,” co-founder and CEO Jesse Powell said in a blog post. Powell previously announced he would be stepping step down in September.

A bombproof courtroom and a CEO in the dock: what to expect from the Wirecard trial (FINANCIAL TIMES)

Wirecard, once worth €24bn and hailed as one of Europe’s most successful tech start-ups, collapsed in June 2020 after disclosing that half of its €2bn in annual revenue and €1.9bn in corporate cash were a sham. The implosion sent shockwaves through Germany’s financial and political establishment.

In a meeting with regulators weeks before FTX collapsed, Canadian crypto platforms pushed for harsher enforcement against large foreign platforms that continue to operate in the country without registration.

The Toronto entrepreneur, best known for building online textbook company Top Hat, last year founded Grand Cayman-based Gadze Finance to invest in the crypto space. As FTX’s high-profile meltdown started this month, Gadze had US$5.4-million of its roughly US$40-million in assets held in custody within the exchange, where it was short-selling cryptocurrencies as part of a hedging strategy.

On Monday, BlockFi, which was founded in 2017, filed for Chapter 11 protection in New Jersey. Its implosion is the latest example of an industry built on shaky foundations, with companies so intertwined that a single wobble can unleash financial chaos.

More than 40 companies have joined forces to launch Fintechs Canada, a lobby group that will push for so-called open-banking rules and other regulations they say would enable more innovation in a financial sector that’s dominated by a handful of domestic banks.

“This has likely set crypto back at least three years,” said Koleya Karringten, executive director of the Canadian Blockchain Consortium. “Institutional investors are going to have a very difficult time being willing to explore the industry. They won’t view this as an isolated incident…Everyone [will get] painted with the same brush.”

Meanwhile, Balance CEO George Bordianu said there should be “consequences” for investors who participated in FTX rounds.