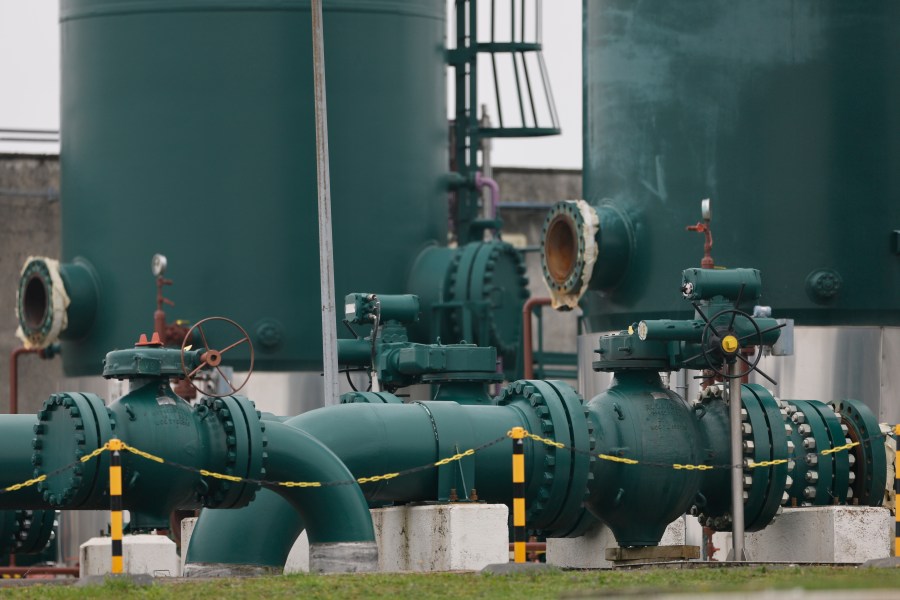 GRTgaz said the gas pipeline connecting both countries at the French border village of Obergailbach has began delivering an initial daily capacity of 31 gigawatt-hours.

The amount is expected to eventually increase to a daily maximum of 100 gigawatt-hours, representing less than 2% of Germany’s overall gas consumption, according to figures from the French Ministry for Energy Transition.

Although Germany’s gas storage facilities are now nearly 95% full, officials say citizens will still need to save gas this winter.

The move comes as Germany and other European countries seek to diversify gas imports after Russia choked off the supplies of cheap natural gas that the continent depended on for years to run factories, generate electricity and heat homes.

The French government has expressed concerns over potential electricity shortages during the winter as 25 of France’s 56 nuclear reactors are now shut down for usual maintenance and, in some cases, to repair corrosion problems. The government said that EDF, which is operating France’s nuclear plants, has committed to restart all of them by this winter.

Follow all AP stories about the impact of the war in Ukraine at https://apnews.com/hub/russia-ukraine.