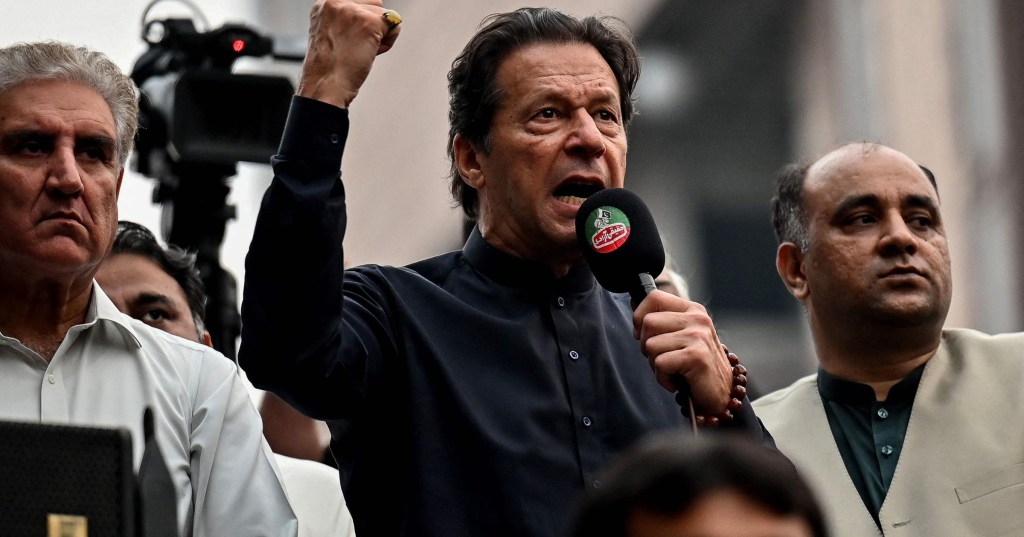 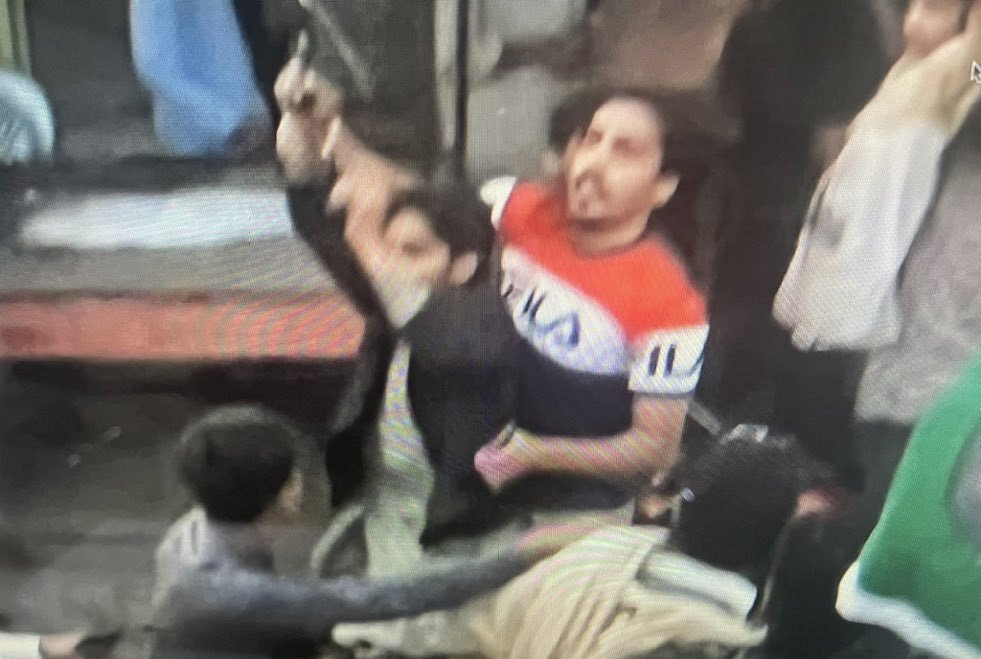 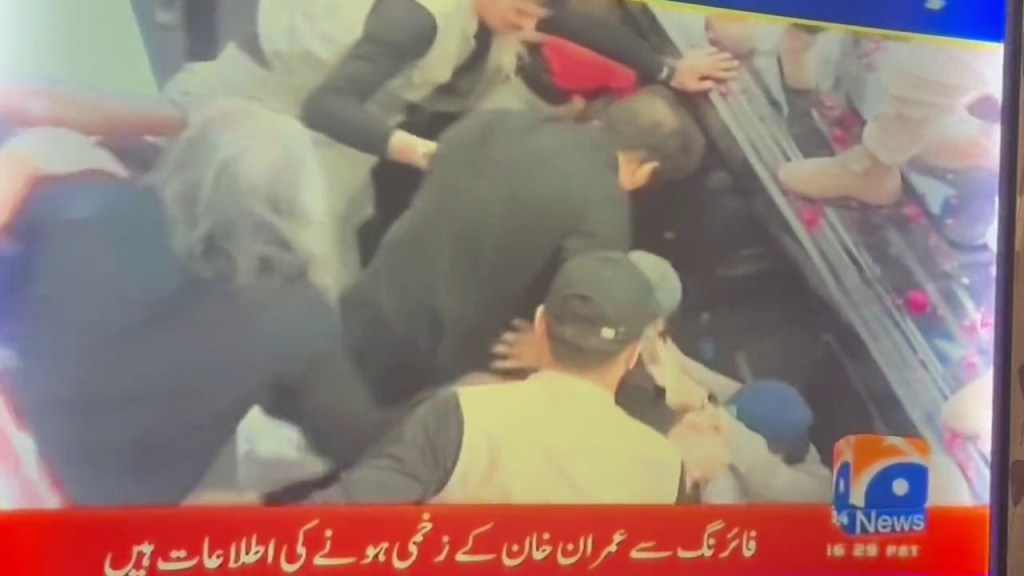 Pakistan’s controversial former prime minister has been injured in an apparent assassination attempt at a rally.

The politician was leading a convoy of his supporters towards Islamabad in support of his campaign to return to office.

Mr Khan was forced to resign earlier this year amid a political crisis but has attempted to mount a comeback, a move which has destabilised Pakistani politics.

Witnesses and footage at the scene in Wazirabad suggests he sustained an injury to his leg but is alive.

Footage shared online showed his supporters celebrating as he emerged from a cabin with the help of another man and waved to signal he was okay.

At least five people are believed to have been shot, one fatally, but there has been no official confirmation.

Pakistani journalist Wajahat Kazmi wrote on Twitter: ‘Imran Khan is being taken to a hospital in Lahore from Wazirabad.

‘He has received multiple bullet injuries on his leg.’

An unverified image circulated on social media appeared to show Mr Khan being lifted into a vehicle with bandaging on his leg.

Video from the scene showed a gunman being detained by a crowd of supporters and another showed a man firing into a crowd.

The ex-PM is a divisive figure in Pakistan and became the first prime minister in the country’s history to be forced out of office via a no confidence vote in April.

His removal has triggered widespread protests from his backers and the 70-year-old wants to stand for re-election despite being the subject of a criminal investigation.

After rising to sporting stardom as one of Pakistan’s greatest ever cricketers, Mr Khan founded the Tehreek-e-Insaf party in the mid-1990s.

Buoyed by his national profile and populist policies, he became the country’s 22nd prime minister in 2018.

He proved to be a controversial figure in Pakistan’s highly divided political culture but has fervent backing from his supporters who believe he was unfairly forced out of office.

Mr Khan also proved to be a controversial figure on the world stage and his premiership saw deteriorating relations with the West and for closer ties with China and Russia.

He was widely condemned for proceeding with a state visit to meet Vladimir Putin in Moscow on the same day the February invasion of Ukraine began.

Mr Khan has claimed without evidence that his removal from office was engineered by the US.