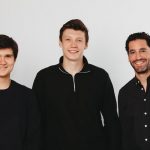 When Float launched its corporate card and spend management platform last year, first investor Michael Hyatt called it a company “in the centre of a red hot FinTech market.”

Since then, that market has changed: Float, as well as its customers, are feeling the crunch of the economy, and more players have entered the Canadian market to address the spending needs of businesses.

“In terms of new entrants, we’re clearly the fastest-growing and the largest.”

Despite these challenges and amid choppy waters, Float claims to have seen its revenue and payments volume quadruple since its $37 million CAD, Tiger Global-led Series A round in November of last year. The startup has also entered two new product categories in recent months with a charge card and a USD card.

As the once-sparse Canadian business spending market attracts new players, Float CEO Rob Khazzam sees those product additions and the fact that the startup continues to grow and attract new customers as its key to success.

“In terms of new entrants, we’re clearly the fastest-growing and the largest,” Khazzam said in an interview with BetaKit.

Its growth has indeed been rapid: in April, Float boasted more than 1,000 customers, and since then, claims to have doubled that number. When it comes to its new charge card and a USD card, Float boasts an eight-times and ten-times increase in usage, respectively, since both were soft-launched four months ago.

The startup has also continued to hire and grow its team despite macroeconomic conditions leading a number of tech companies to make staff cuts. While Khazzam noted that Float has slowed its hiring, the company now sits at 60 people compared to around 40 in April, and just 15 at the beginning of this year.

One of those hires is Andrew Dale, who is leading Float’s charge card product. Dale came to Float from Shopify where he was the finance lead on Shopify Balance and Capital, its banking and loan offerings.

“It is definitely one of the most impressive growth curves that I’ve seen. Then you use the product and see why,” said Wave co-founder Kirk Simpson, an investor as well as customer of Float through his newly-launched startup Qui Identity.

Khazzam said that Float has been able to continue its growth trajectory despite, and partly due to, the changing economy leading companies to tighten their spending.

RELATED: Amid mounting competition, Float’s CEO believes company has what it takes to win in Canada

“Regardless of the volume of spending, product need is really never been more top of mind for customers,” he said. “In fact, you could argue [that for] a lot of customers there’s a lot of value in the control and visibility that Float provides in this economy.”

The CEO claims Float has not seen any customer churn this year, continues to attract new customers monthly, and sees existing customers onboard more employees to its platform. He called September Float’s best month to date.

A young startup itself, Float has not been immune to the effects of the economy and Khazzam noted that it is being cautious about its own spending.

But Float has a decently-sized chest of cash to pull from.

Float’s $37 million Series A round came less than six months after it raised its seed financing. Shortly after that Float secured $10 million in debt from Silicon Valley Bank as part of that round.

In the months following, Float quietly raised additional capital from some of its existing investors.

Khazzam declined to disclose the size of the financing, but noted that the raise was spurred on by the changing economic conditions and investors wanting to put in more money to ensure Float continues to grow.

One of the investors that took part was Hyatt, who told BetaKit that Float didn’t require the capital, but called it a smart decision and an easy investment to make given the company’s growth numbers.

Khazzam added that the financing was not Float’s Series B round, and the company “has ample capital and over three years of runway.”

That runway is going to be useful as more companies enter the business spending space. In terms of Canadian players, Loop (formerly Lending Loop) refocused its business over the past year to include a cross-border payments card, with plans to provide more such services. Float launching a USD card brings those two closer in competition.

Much like Float, Jeeves has been growing fast and quickly. Having launched its product in March of 2021, Jeeves has already raised more than $300 million USD at a more than $2 billion USD valuation.

RELATED: How Lending Loop pivoted from peer-to-peer lending to a cross-border banking platform for e-commerce

Fortunately for Float, two other well-capitalized players in the space aren’t currently focused on the Canadian market. New York-based Ramp’s service remains limited to United States (US) firms, while San Francisco-based Brex only serves Canadian company customers with US operations and incorporation.

Nonetheless, Canada has certainly been on Brex and Ramp’s radars, as the former opened up its first international office in Vancouver in 2020, and the latter acquired Vancouver-based Buyer in September 2021.

Khazzam remains adamant that Float is not concerned with such competition and feels the company’s success comes from quickly innovating on products that its customers desire. He added that even with growing interest in the business spending space, Float’s biggest competition is banks.

“It’s easy to become sort of complacent in a market … if you’re a big bank. You’ve got a lot of different products and services, it’s a very large business, [and] there are legacy practices at play,” he said. “We try to avoid all of that by building a company that is really, really, really customer obsessed. We are just endlessly focused on what we can do better to serve our customers.”

However, unlike its consumer-focused counterparts, such as Wealthsimple, Koho, or Neo Financial, Khazzam feels less concerned about drawing customer attention away from the Big Banks over time.

“Most businesses, if they have something, are either using a personal card under really subpar circumstances … or they have a corporate card from one of the banks that they personally guaranteed and has really low spending,” he told BetaKit last year.

Now, Khazzam indicated that Float’s growth numbers point to the startup being able to successfully attract customers and fill a much-needed gap.

Disclosure: Float has been a recent and ongoing advertiser on BetaKit.