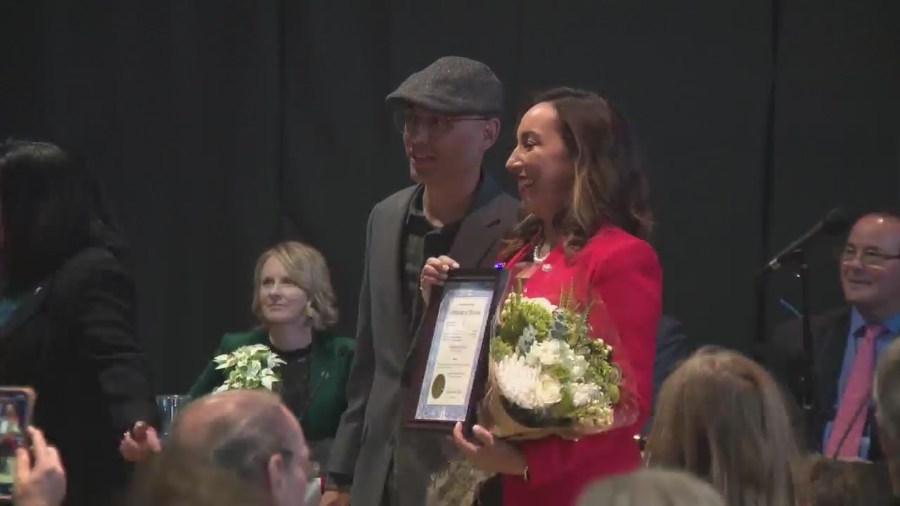 IMPERIAL BEACH, Calif. — A historic inauguration in Imperial Beach took place Wednesday as the newest mayor was sworn in.

Paloma Aguirre, a Democrat, will be the city’s first Latina and first woman mayor.

Three new leaders were sworn in for their oath of office ceremony as they take on new roles for the South Bay city. Newly-elected District 1 Councilmember Carol Seabury and District 3 Councilmember Mitch McKay were also sworn in.

“I feel thrilled to be the first Latina mayor of a city that’s over 52% Hispanic,” Aguirre said. “I very much look forward to representing everyone equally but I think there’s a special significance in that, in having our community see themselves represented in local government.”

Aguirre beat out her challenger Shirley Nakawatase by 45% of the vote.

“Love seeing the new council and the existing council combined, work together, promise a unified town and look for some more happiness,” Nakawatase said.

Aguirre says some of her first priorities as mayor will be focused on fixing the sewage spill problem and creating committees dedicated to youth, housing and veterans.

“I used to lifeguard here, so having clean water here is super important,” Imperial Beach resident Nadirah Bray said. “We’ve wanted that for a long time and so that’s high on the agenda and that’s really important to her and that’s important to all the residents who grow up here, have our kids here. We have a beach right in our backyard and we want to utilize it.”

At the ceremony, it was also announced that the residents here voted to increase the lodging tax from 10% to 14%. Aguirre says she supported that measure as well.