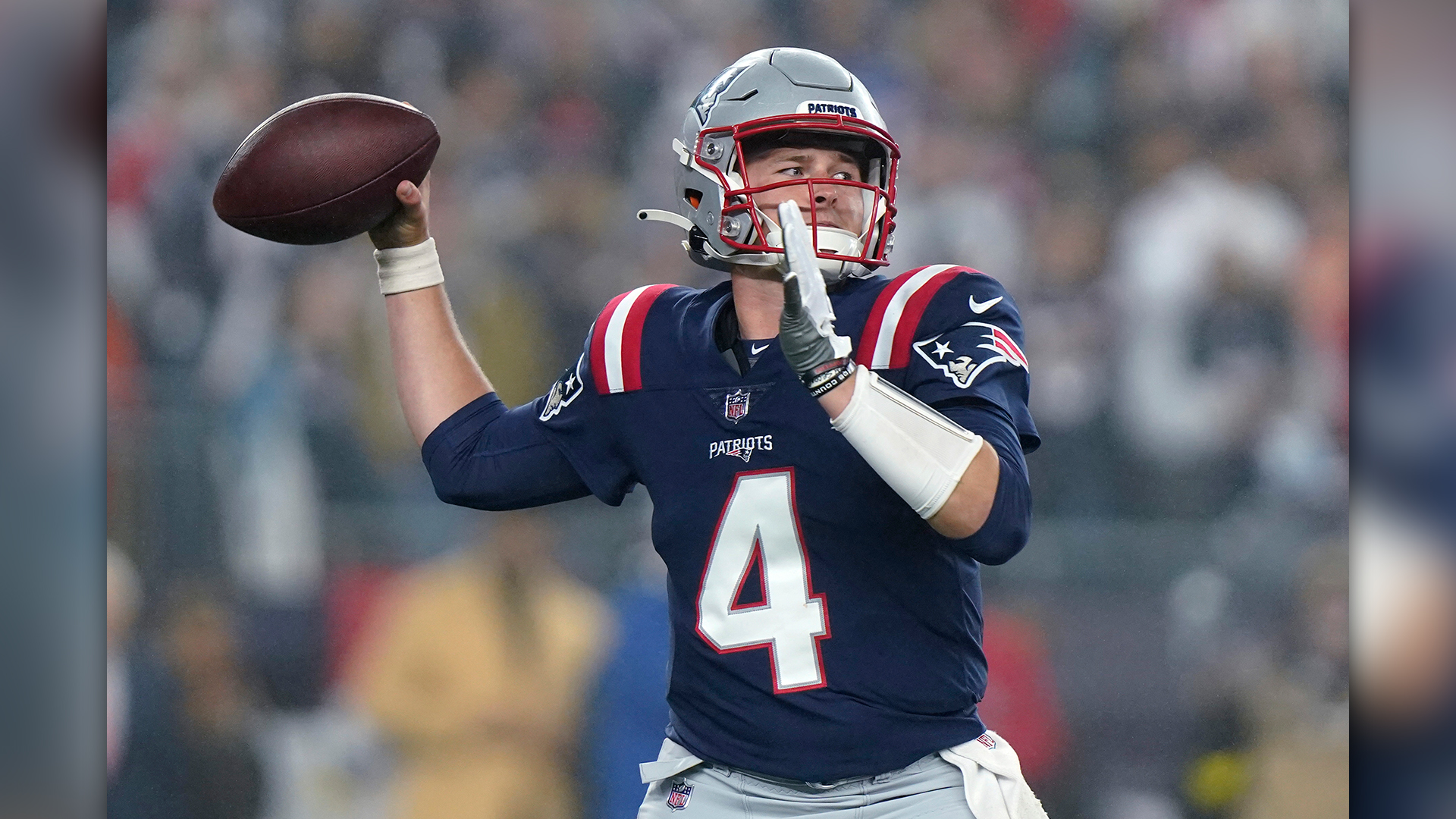 Justin Fields threw for 179 yards and a touchdown and ran for 82 yards and another score, and the Bears defense forced returning Patriots starter Mac Jones back to the bench on Monday night to give Chicago a 33-14 victory over New England.

In a matchup of quarterbacks from the 2020 College Football Playoff National Championship game, Fields outperformed Jones, who led Alabama to victory over Fields’ Ohio State. And Fields also outplayed Patriots rookie Bailey Zappe, who came on after Jones was managed just two three-and-outs and an interception in his return after missing three games with a high ankle sprain.

With the damp Gillette Stadium crowd chanting “Zappe! Zappe!” the fourth-round draft pick from Western Kentucky led the Patriots to back-to-back touchdowns and a 14-10 lead. But Fields answered with a 25-yard pass to Khalil Herbert and then, after Zappe fumbled in the last 2 minutes, the Bears (3-4) added a field goal to make it 20-14 at the half.

In the second half it was all Chicago, which ran off 23 unanswered points.

Zappe was 5 of 6 for 109 yards and a touchdown in the first half. But in the second, he was 9 of 16 for 76 yards and two interceptions. Jones completed 3 of 6 passes for 13 yards, with one interception. Rhamondre Stevenson caught eight passes for 59 yards and ran 11 times for 39 for the Patriots (3-4).

Fields ran 14 times for 82 yards, including five third-down scrambles for first downs. David Montgomery ran for 62 yards and Herbert did the same for Chicago, which had lost three straight games and four out of five. The Bears had also lost five straight to the Patriots and eight out of nine since beating New England in the 1986 Super Bowl 46-10.

The loss deprived Patriots coach Bill Belichick of a 325th career victory – regular season and playoffs – that would have moved him past Monsters of the Midway Hall of Famer George Halas on the NFL’s all-time list. Belichick and Halas remain tied for second behind Don Shula, who won 347 games for the Baltimore Colts and Miami Dolphins.

The Patriots honored former defensive lineman Richard Seymour at halftime as he was presented his Hall of Fame ring by owner Robert Kraft. Seymour was inducted into the Pro Football Hall of Fame this past summer. He spent eight seasons with New England and was a member of three Super Bowl winning teams.

Bears OL Lucas Patrick left in the first half with a toe injury.

Patriots: S Kyle Dugger left in the third quarter with an ankle injury. C David Andrews was evaluated for a head injury after taking a blindside block from Bears defensive lineman Mike Pennel following a fourth-quarter interception. Pennel was ejected on the play.

Bears: At the Dallas Cowboys on Sunday.

Patriots: At the New York Jets on Sunday.